Atiku distances self from ‘THE PUKKA’ posters in circulation in Abuja 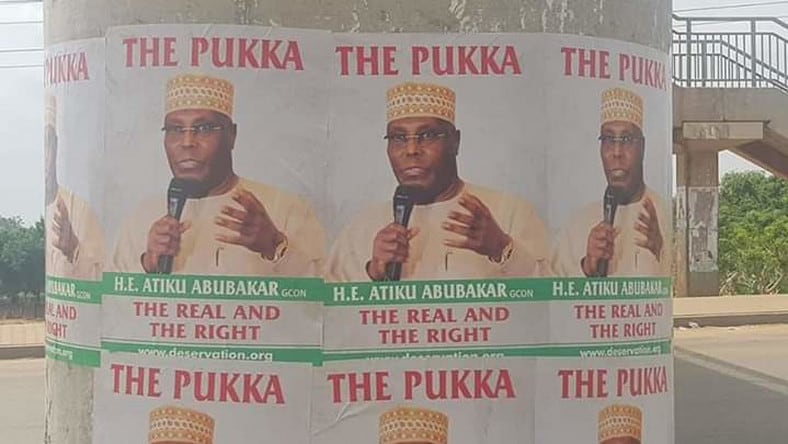 Presidential candidate of the Peoples Democratic party (PDP) in the 2019 general election, Alhaji Atiku Abubakar, has distanced himself from some posters in circulation in Abuja, the Federal Capital territory (FCT).

He said the election was over and the case already in court.

Going further, Atiku insisted that he would not be distracted from retrieving his ‘stolen mandate’.

“Our attention has been drawn to posters of His Excellency Atiku Abubakar, presidential candidate of Peoples Democratic Party (PDP) in the 2019 election being circulated in Abuja.

“We disassociate the former vice president of Nigeria from the said posters in circulation. The campaign season is over. The tainted electoral victory by the incumbent is being challenged in court.

“We refuse to be distracted, which is exactly the objective of our opponents, but to remain focused on diligently pursuing our election petition with a view to retrieving the stolen mandate,” the statement read.