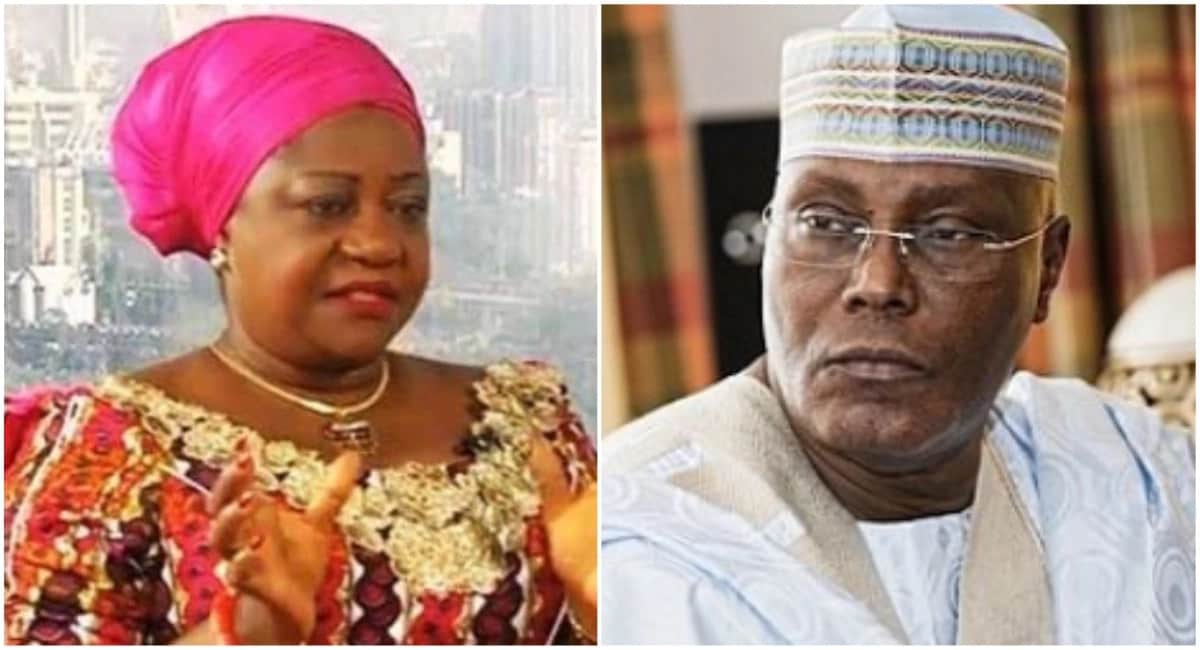 Atiku Abubakar, the Presidential Candidate of the Peoples Democratic Party, (PDP) has asked Lauretta Onochie, an aide to President Muhammadu Buhari to issue him a public apology over what he called her defamatory statements .

Abubakar made the request in a letter dated May 14 and addressed to Onochie by his counsel, Mr. Mike Ozekhome, SAN.

In the letter, which was made available to the News Agency of Nigeria (NAN) on Sunday in Abuja, Abubakar threatened to institute a N2 billion suit against Onochie if she did not meet his demands.

Ozekhome said the letter was sequel to a defamatory publication made by Onochie on May 7, saying the former vice-president was on a United Arab Emirates (UAE) watch list.

He said she also alleged that he was shopping for terrorist in the Middle East thereby portraying him as an evil man, mentor or terrorists and someone who has links with terrorist.

“Our client categorically denies each and every allegation contained in the said publication which is a figment of your imagination.

“Our client states most emphatically that the entire opprobrious and denigrating story above referred to is most misleading, baseless, false, malicious and totally bereft of any foundation.’

The lawyer said that his client was not and had never been on the watch list of the UAE or any other country.

He added and that he had never been denied entry into the UAE or interrogated by its authorities or security agents.

“It is quite revealing that even as we write this letter, our client is presently in the UAE and has not been accosted by any security agencies over the said frivolous and baseless allegations.’’

The presidential candidate asked Onochie to publish a retraction in six national newspapers and one international daily, as well as on all social media platforms where the said publication was made.(NAN)