ASIWAJU TELLA AND THE LONG WALK TO HONOUR 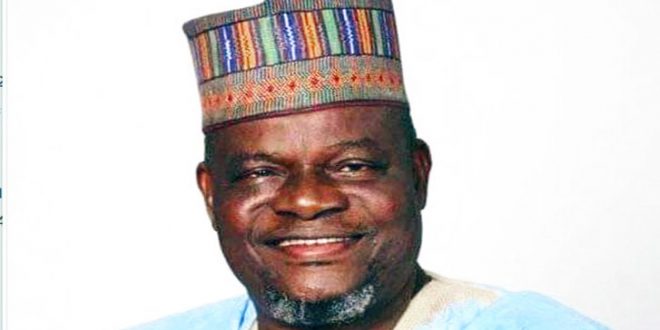 To the bounteous glory of Almighty Allah, my brother and friend, Kayode Awobadejo, a distinguished  Muslim alumnus of Concord Press, clocked age 60, just six days ago.

In a most gratuitous manner, Awobadejo, who himself chose to personally celebrate this with umrah, chose to further spice his celebrations with an offer of hajj  to a fellow media professional, AbduRasheed Abubakar, publisher of Muslim News. It would be AbdRasheed’s first Hajj.  Awobadejo’s saadaqah, perhaps unknown to many, is a re-enactment of Basorun MKO Abiola’s generosity to Awobadejo.  He emerged a beneficiary of  MKO’s similar offer in 1993 after a rigorous Islamic Knowledge based interview chaired by Alhaji Liad Tella.

The Concord publisher’s sponsorship of Hajj for the workers in that company was being coordinated by the man of this moment. Alhaji Liad Tella, Deputy Editor of National Concord at that time also doubled as the Chairman of the Osun State Muslim Pilgrims Welfare Board and led the MKO-sponsored onesincluding Awobadejo during the hajj rites. The story of the huge impact registered on Awobadejo between then and now would span volumes for those of us who knew the gangling, jean lover,  Mr. Kay, very well before the holy pilgrimage. Mildly speaking, Mr. Kay was as much endowed as much as he chose to indulge himself. But Tella has since led Mr. Kay into spiritual freedom. Allah, the most beneficent, later made it possible for Alhaji Tella to be similarly nationally relevant.  He eventually emerged in 2007 as pioneer commissioner representing the entire southwestern Nigeria at the National Hajj Commission of Nigeria, NAHCON. Awobadejo’s liberation and probably those of several others he later served are what have culminated into today’s glory for the first Asiwaju Musulumi of Iwoland.

By the time the world converges on Iwo to honour Alhaji Tella, not a few would readily recall Alhaji Liad Tella’s life of service spanning decades, special glory to the almighty Allah for His limitless favours. What may recur in most discussions is that the man, most of his colleagues and admirers affectionately call Alhaji or El Haj, possesses a relentless commitment to the religion of Islam with the support of his dresser and darling beau’ and soulmate, Barrister Funke Tella. The story of Alhaji’s sartorial distinction among peers is reserved for another day.

Indeed, Alhaji Tella has mustered unmistakable efforts in contributing particularly to the visibility of Islam which has, in turn, earned the faith more reckoning,  embolding many young professionals from the southwest today to identify with it. Many stories will readily ooze forth about this, from otherwise muted voices, here implying Prof Ojebode’s inference, as enunciated in his recently delivered inaugural lecture as a professor of communication studies at the University of Ibadan.

This writer’s voice was almost muted as a rookie reporter at a national newspaper in the 1980s. Those were the days the newsroom relied on typists for the typing of reporters’ stories often submitted in longhand. Fresh from the university, I stuck to my name as borne all my life, and registered on all my certificates for my byline. The typist, a non-Muslim, assigned to typing my stories and those of my colleagues, chose to consistently ‘murder’ my Muslim identity. After repeated embarrassment resulting from the unpardonable misspelling, I resorted to two names, thus dropping my Muslim name.  Yet, the late Shuaibu Adinoyi Ojo and some other reporters managed to keep their three names as byline elsewhere.  Alhaji Tella literally pulled up the drowning voice of mine and embellished it with grandeur. He facilitated my entry to Concord Press in 1991.

OPINION: Eric Chukwuma Chime @70. A reminiscence of self service.

In retrospect, Alhaji’s support for me to be a Concord staffer was part of his focused design to strengthen the initiative of another dear brother, Publisher MKO Abiola, with the army of the best in his vicinity. Same way he took me in, he attracted one time most ethical journalist prize winner and now Communication’s Director of Federal Inland Revenue Service, FIRS, Wahab Gbadamosi; as well as Abdulfatah Oladeinde, now the Editor of The Nigerian Xpress newspaper. Abdulfatah, my fellow Unilorite, was one of the best graduating students in his department when herounded off his first-degree programme in English Studies. Yet another was AbdulWarees Solanke, arguably the most prolific broadcast journalist in Nigeria today. A deputy director at the Voice of Nigeria, VON, Solanke still ceaselessly publishes articles in leading newspapers practically every week till date. My darling kinsman and very dear friend, Bayo Adeyinka, yet another Tella boy, who now lives in the US is known to have cultivated the core of reporting and programming model for business, finance and allied beats for which AIT is known today. He was actually the president of the Financial Correspondents Association of Nigeria, FICAN, in its early years.  If anyone reckoned with Concord Press as an oak in the publishing industry at that time, it was largely attributable to the unflinching, brotherly dedication of thorough professionals like Alhaji Liad Tella.

But Tella has always been modest with his enviable accomplishments even as he never wasted knowledge sharing opportunities with attentive younger ones. One afternoon, shortly after the proscription of the Concord titles in 1994, we had both just left Thisday newspaper office at Yunusa Adeniji Street Ikeja, when we suddenly met the late Dr Omotosho Ogunniyi, formerly of Daily Times. Alhaji instantly pulled over the car, rushed out and lay flat in prostration before Dr Ogunniyi who visibly relished the warmth and courtesy, the usual Yoruba way. He prayed for Alhaji Tella after reviewing a few events and issues with him. Alhaji later told me “that was the man who hired me at Daily Times, my first journalism job. He’s such a wonderful human being. It took a while before I knew he came from Ede.”

Even with his mother-hen, disarming, all-time warmth, Alhaji has never been one that would fold arms and resign to fate in the face of challenges. When it became clear that the Abacha junta meant to completely crush Concord and other similarly proscribed publishing organizations following the annulment of the 1993 election won in 1993 by MKO, the Concord publisher, he incorporated a media consultancy firm. His clientele cut across both the public and private sectors.  Often, they celebrated his interventions on their matter each time he was called in. The official interactions he had using his company availed him the opportunity to demonstrate some of the tangential advisory he has had the opportunity to raise as a Concord columnist which had endeared him to the world, in the first place.

The energy and creativity from the private initiative came in handy when he became a commissioner at NAHCON. Alhaji Tella’s directorate was the central, daunting and most tasking one called Operations. But Tella’s  extraordinary industry and cosmopolitan disposition exhibited in the media for more than four decades had successfully registered him as a household brand in the media and beyond, nationwide and even internationally. His antecedent in the Muslim Students Society of Nigeria, MSSN, was no less supportive for his new assignment. NAHCON, courtesy of Tella, therefore, consistently enjoyed prime visibility, which attracted grace and honour from the authorities and the lowly, alike. For all the years Tella served at NAHCON, the organization was uniquely renowned for prudence and integrity yet never lacking in excellent delivery of its mandate. It consistently refunded surplus budgetary allocations thus earning official commendations during the Presidents Obasanjo and Yar’Adua years. NAHCON remains, till date, a beneficiary of the tenacity and creativity cultivated by team Tella.  He is always, of course, quick to impress it on colleagues and acquaintances that he would do anything to treasure and guard his integrity as a distinguished prince of a Yoruba ancestral home of Oyo, the original roots of his own Agboluaje extended family in Iwo.

Way back in 1992, the Muslim Pilgrims Welfare Board in Osun State was no less a beneficiary of Tella’s devotion to duty deriving from varied management and allied experience garnered from his chairmanship of Odu’a Printing Company as well as committee membership constituted by state and federal governments implying international exposure. It is on record that Alhaji’s performance as the Chairman of the Muslim Pilgrims Board remains the one to be beaten decades after he left. Little, therefore, did people who knew his trajectory, wonder that he was invited to serve the nation’s Muslim community at the highest level of NAHCON.

A consummate leader and passionate happy family man with children of biological, professional and other forms of descent, he ensured that his multidimensional knowledge, talent and connections got properly invested. His last duty post, Better By Far University of Ilorin, harvested all of these. As Alhaji Tella, therefore, bags a distinguished, formal recognition from his Iwo root today, what may probably remain the most enduring legacy is the inspiration he has cultivated in multitudes across assorted sectors. All hail Asiwaju Tella!

Dr Akanni is the Director of Digital Media Research Centre, DMRC, of the Lagos State University. Follow him on Twitter:@AkintundeAkanni

Nigerian passenger dies while waiting to board flight at Lagos airport

OPINION: Eric Chukwuma Chime @70. A reminiscence of self service.