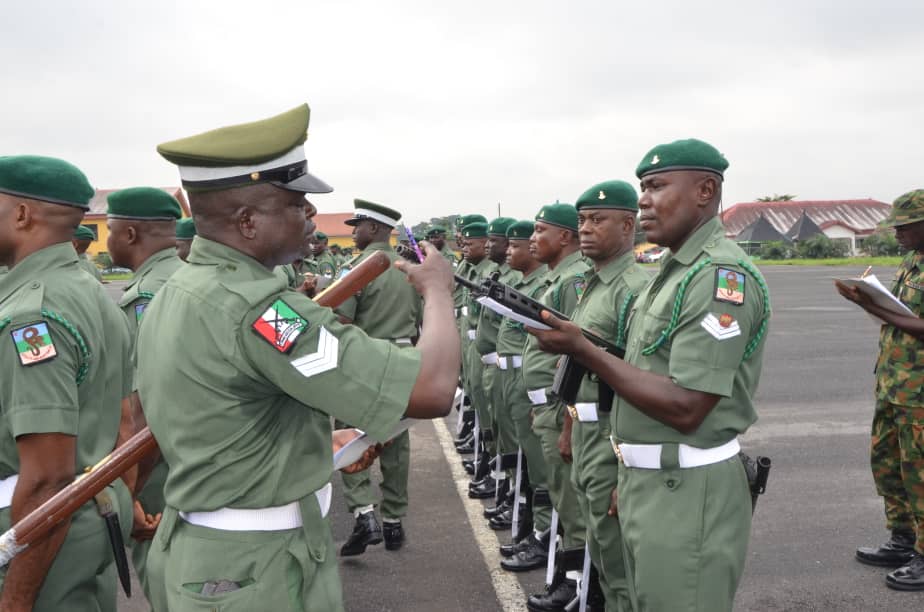 The 6 Division Nigerian Army has commenced on one week competition for Warrant officers and other senior officers of the division, with the intent to achieving an active professionalism in their service delivery to the nation.

Represented by the Chief of Staff (COS), Headquarters 6 Division, Brig.-Gen. Olatokumbo Bello, the GOC stated that the Nigerian Army places high premium on training of its personnel hence the release of training directives to guide the training of officers and soldiers annually.

READ ALSO: Presidency explains why El-Zakzaky is still in detention

He disclosed that the competition would be an exhibition of leadership skills, proficiency in weapon handling, regimentation, navigation, esprit de corps and team work which he said are the components necessary to build the leadership cadre at the junior level of the force.

The GOC further enjoined competitors to showcase high level of seriousness while noting that “there is no better time than now to demonstrate what you are capable of delivering when confronted with technical assignments”.

He thanked the Chief of Army Staff (COAS),  Lt.-Gen. Tukur Buratai, for his untiring efforts towards all the division’s activities.

Our correspondent reported that the competition commenced with foot drill in the aftermath of the opening ceremony.