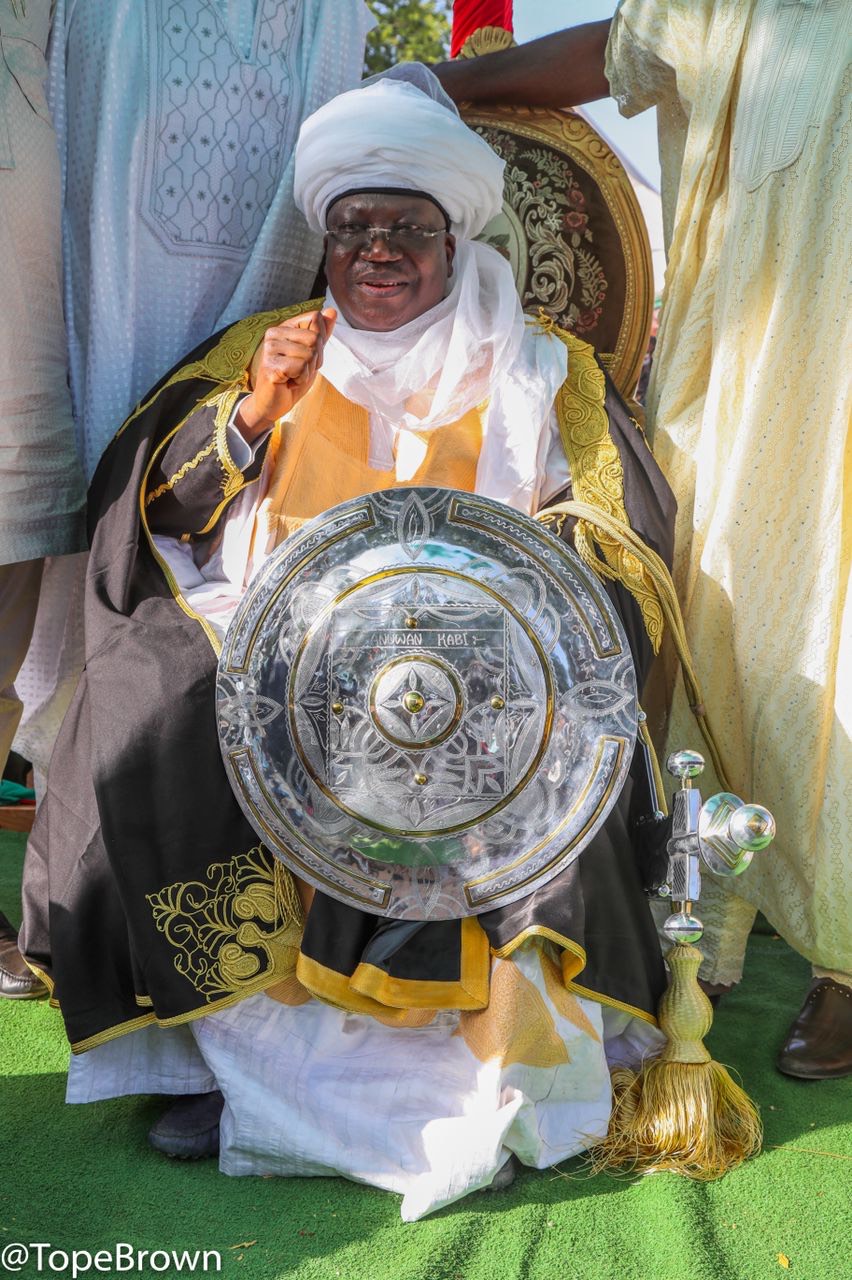 The newly-turbaned Ganuwan Kabi, dressed in colourful regalia, wielding protecting shield and armed with sword, depicting a warrior, a Defender and a Protector.

The colourful but brief Investiture ceremony was part of the 25th anniversary of the coronation of the Emir.