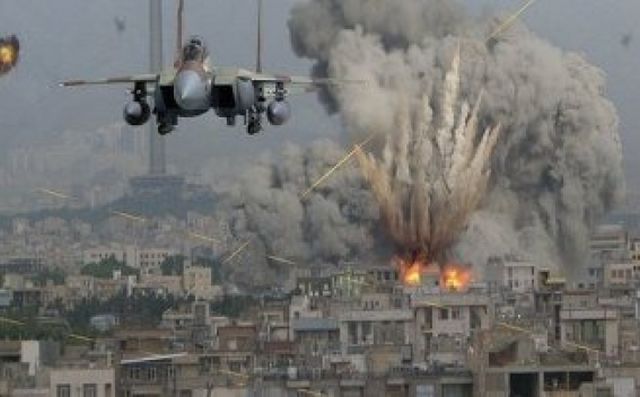 The airstrikes target on military facilities, weapons stores and ammunition that belonged to Houthi militias.

The Coalition to Restore Legitimacy in Yemen announced, on Thursday, that it had carried out airstrikes on a number of military facilities, weapons stores, and ammunition that belonged to the Iranian-backed terrorist Houthi militias.

The targets were confirmed by military and intelligence information, according to SPA.

The coalition forces confirmed that the attacks of the Houthi militias on the Kingdom’s installations are considered a serious violation of the international humanitarian law and its customary rules amounting to war crimes.

The coalition forces will not hesitate to pursue all terrorist in Yemen and will reach all sites from which terrorist attacks are carried through. The coalition will continue in accordance with international humanitarian law and customary rules until these military and targets are neutralized and the Houthi militias cannot use them, the report said.