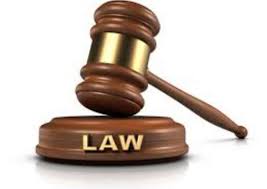 The Court of Appeal in Ado-Ekiti, the Ekiti state capital has reserved judgement in the appeal filed by Senator Dayo Adeyeye challenging his sack as the lawmaker representing Ekiti South Senatorial District by the National/State Assembly Election Petition Tribunal.
The presiding judge, Justice Uzor-Amaka Anyanwu reserved judgement in the appeal and said parties in the case would be informed of the date for ruling when fixed through their lawyers.
Counsel to the appellant, Mr. Dayo Akinlaja, SAN while giving his final address argued that the tribunal was wrong in declaring Senator Biodun Olujimi winner of the February 23rd, poll.
He noted that the report of inspection of election materials of which the tribunal based his decision on was not included as part of the original prayers of the petitioner at the time.
But, counsel to Senator Olujimi and the People’s Democratic Party (PDP) Mr. Wahab Egbewole maintained that the report labeled as exhibit 385 was submissible since all parties involved in the case were present at the inspection.
The tribunal had in September 10 sacked the chairman Senate Committee on Media and Public Affairs and ordered the Independent National Electoral Commission (INEC) to withdraw the certificate of return from Adeyeye and issued fresh one to the candidate of the People’s Democratic Party (PDP) and former senate minority leader, Senator  Olujimi.
The three-man tribunal led by Justice Danladi Adeck said the petitioner was able to prove beyond reasonable doubts cases of irregularities in Ikere, Gbonyin and Emure Local Government Areas.

Buhari rejoices with Ogbonnaya Onu at 70

Justice Adeck added that apart from the nullification in some units, the outcome of the tribunal’s verdict was predicated on the recount of  the ballots by the contending forces as granted by the court.
Eventually, Olujimi polled a total of 54,894 to emerge victorious over Adeyeye who polled 52,243.

Attack on PDP members in Nembe should be the last

Buhari rejoices with Ogbonnaya Onu at 70