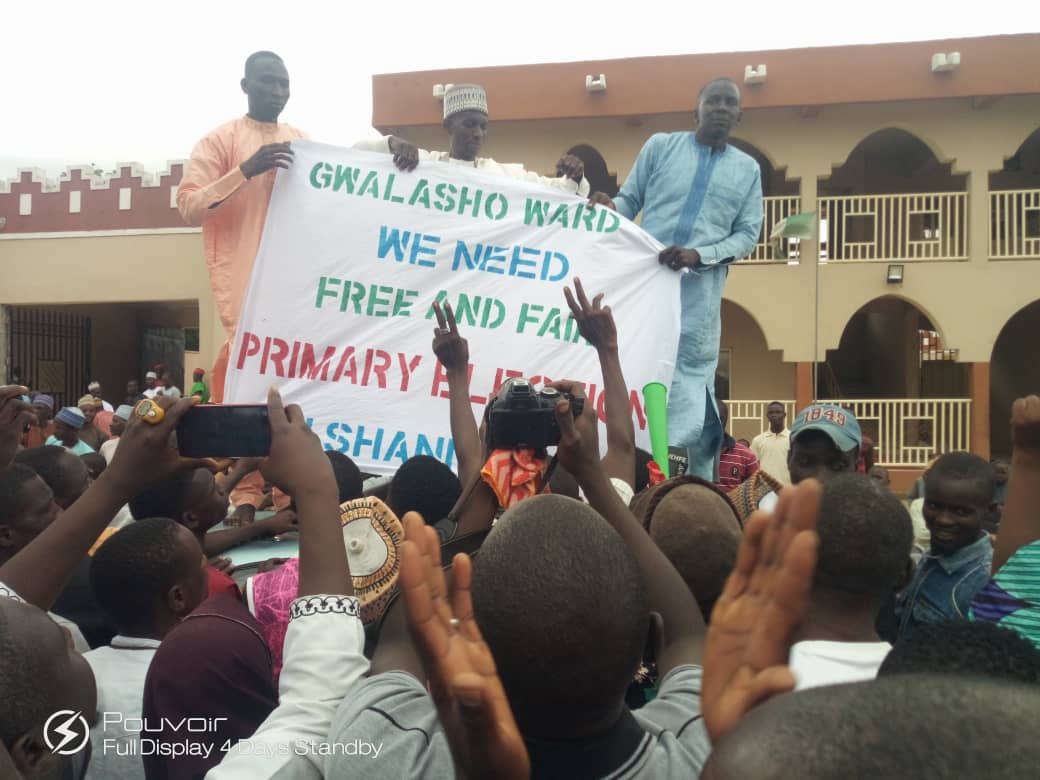 Supporters of the All Progressives Congress (APC) in Shani Local Government Area of Borno State, are staging a peaceful protest against alleged plan by some top officials of the party, to impose a chairmanship candidate ahead of the November 28 council election.

The protest, which will last for days, started on Saturday, with supporters of the ruling party trooping to the street of Shani, to demand for justice and fairness in the conduct of the affairs of the party preparatory to the local government election.

The protesters are alleging that top officials of the party, are refusing to follow the guidelines for the council election put in place by the party in the state, directing that primary election should hold where reconciliation has failed.

They claimed that attempts to reconcile the two chairmanship aspirants as demanded by the party failed, thereby paving the way for the conduct of party primary.

However, an aggrieved supporter of one of the chairmanship aspirants under the platform of the APC, Mallam Hassan Buba Kubo, told our reporter that there is every indication that the primary election, scheduled to hold on September 17, may not hold after all, as some vested interest are bent on imposing the other aspirant.

According to Kubo, their candidate was motivated to join the race for the chairmanship based on the pronouncement of the state government to conduct a free, fair council election, stressing that even the State Chairman of the APC, Hon. Ali Bukar Dalori, warned against any form of injustice in the process leading to the election.

He explained that supporters and members of the party decided to stage the peaceful protest in order to draw the attention of both the state government and state party officials on the need to intervene in the matter.

“All the people are asking is for justice and fairness. We are appealing to the state government and our state party officials, to look into the matter and ensure that primary election holds in Shani Local Government Area,” Kubo stated.

He appealed to Governor Umara Zulum to intervene by constituting an independent committee to uncover the facts, especially across the 11 electoral wards in the council.

“Even the party chairman and secretary at the local government level, are keeping mute, leaving councillorship aspirants totally in the dark regarding the coming election,” he added.

As at the time of filing this report, the protest is still ongoing, with APC supporters, displaying placards, taking to the street in Shani for the second day.

The messages displayed by the protesters, among others, include: “Governor Zulum we need primary election in Shani.”