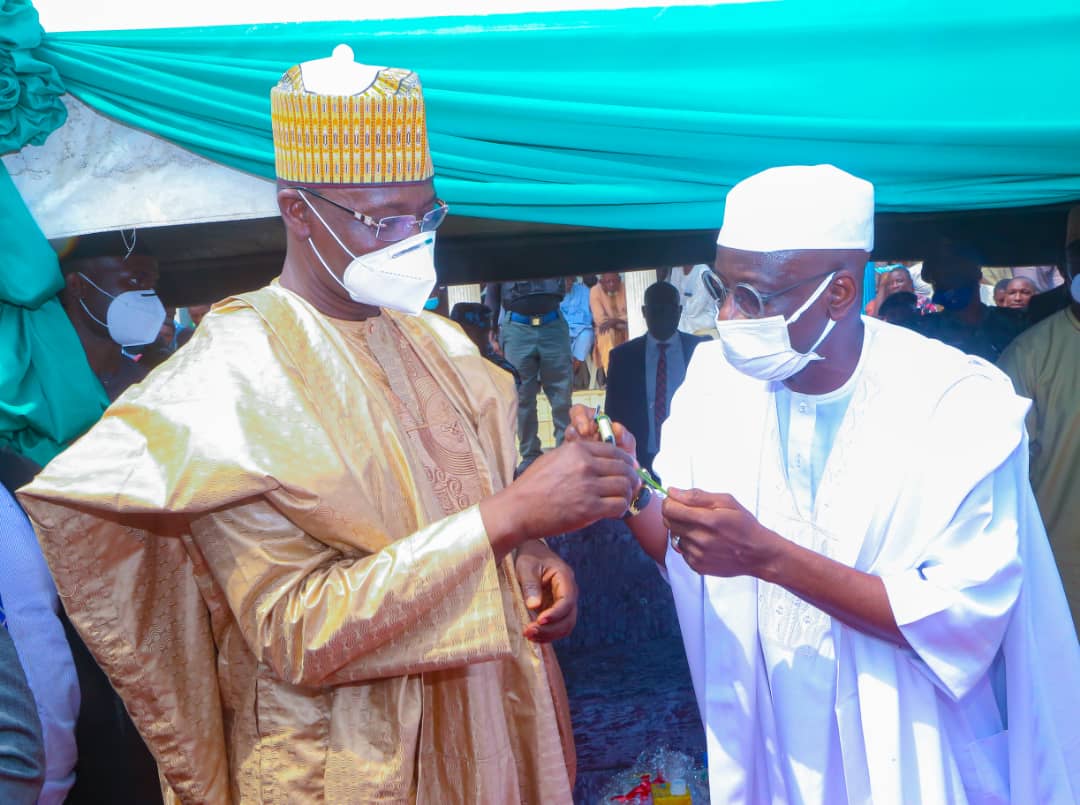 Governor Abdullahi Sule of Nasarawa State has again appealed to the hierarchy of the ruling All Progressives Congress (APC), to consider the CPC and Nasarawa State, in the choice of the party’s next national chairman.

Governor Sule made the appeal during a grand reception in honour of decampees from the PDP, APGA, ZLP and prominent sons and daughters of Mada Nation from the Western Senatorial zone, in Keffi, on Saturday.

The Governor specifically called on the national leadership of the APC to consider the CPC, being the only legacy party that is yet to produce the national chairman of the party.

Governor Sule equally appealed to the party leaders to consider Nasarawa State because it was the only state that provided the CPC a platform leading to the merger in 2013 that gave birth to the APC.

According to the governor, once the CPC is allowed to produce the next chairman of the APC during its forthcoming national convention, it’s only fair to consider Nasarawa State.

Governor Sule emphasised that the immediate past governor of the state, Senator Umaru Tanko Al-makura, played a critical role leading the then CPC into the merger which brought about the APC.

Speaking on the event, the governor welcomed the decampees into the fold of the ruling party, reiterating his determination to carry everyone along.

He explained that the reason why members and supporters of opposition parties in the state are trooping to the APC may not be unconnected with the fact that, there is unity and togetherness within the ruling party, which is bringing much desired development to the state.

Governor Sule promised to be fair and just to all, irrespective of the time of joining the APC.

The governor used the opportunity of the rally to show appreciation to Hon. Ahmed Aliyu Wadada, for purchasing five vehicles to be distributed to the party chairmen in Keffi, Nasarawa, Kokona, Toto and Karu local government areas.

The governor also appreciated the first executive governor of the state, Sen. Abdullahi Adamu, for organizing the reception ceremony.

In a goodwill message, Sen. Adamu, assured the decampees of fair treatment while also reiterating the decision of the western zone to support the second term bid of the incumbent governor.

He commended Governor Sule for his people oriented leadership, transparency and good governance, which is translating into much needed development.

Hon. Wadada announced a donation of five vehicles to be distributed to the party chairmen across the zone.

Earlier, Nasarawa West Zonal Chairman of the APC, Alhaji Iyal Aliyu Hassan, said the decampees, which include a former speaker of the state House of Assembly, Hon. Musa Ahmed Mohammed, former assembly members, former commissioners, as well as thousands of their supporters, were attracted to the ruling party because of the exemplary leadership being provided by the governor.

Others that decamped to the APC include Hon. Muhammad Baba Ibaku, Hon. Adagoje Madaki and a former commissioner,   Alhaji Ahmed Bala Tafida.

(OPINION) NIGERIA: A COUNTRY IN COMBAT WITH CONSPIRACY CRISES

No plans to increase ex-Depot price of Petrol, NNPC assures