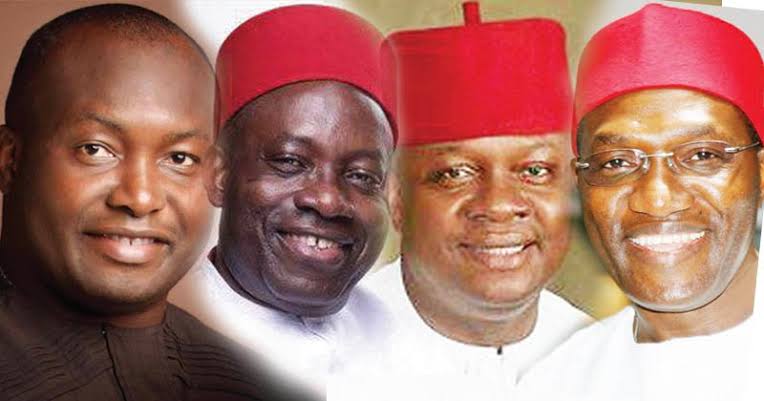 As the citizens of Anambra State go to the polls to elect a new governor to stir the ship of the state for another four years, here are the things to know.

Anambra state is in the South-Eastern part of Nigeria and it’s one of the five states in that region, the others are Abia, Imo, Enugu, and Ebonyi.

The BVAS replaces the Smart Card Reader (SCR) used in previous elections since 2015.  BVAS was deployed in the Isoko South I State Constituency Bye-election in Delta State on 11th September 2021

Since the Senate has given the INEC  the power to transmit election results electronically, today’s governorship election is expected to follow the trend.

Most poll watchers and pundits have, however, narrowed the contest to the candidates of APC, Andy Uba, APGA, Charles Soludo and PDP, Valentine Ozigbo, with YPP, Ifeanyi Ubah, capable of an upset.

Since the return of democracy in 1999, the state has been ruled by two political parties, the People’s Democratic Party(PDP) and the All Progressives Grand Alliance (APGA).

Twenty-one (21) governors have ruled the state since it was created on February 3, 1976, these governors were both civilian and military, two of them, Chris Ngige and Andy Uba are how deemed illegitimate.

Peter Obi, was impeached by the state legislature for alleged gross misconduct. He transferred powers to his then deputy, Virginia Etiaba, who relinquished power three months later when a court nullified Obi’s impeachment.

Chris Ngige, who governed the state from May 29, 2003, to March 17, 2006, was removed by the Supreme Court after Peter Obi was declared the winner.

Emmanuel Nnamdi Uba (Andy Uba) was also elected and sworn in as the governor of Anambra State on May 27, 2007. He was removed by a supreme court decision on June 14, 2007. He governed the State for 14 days.