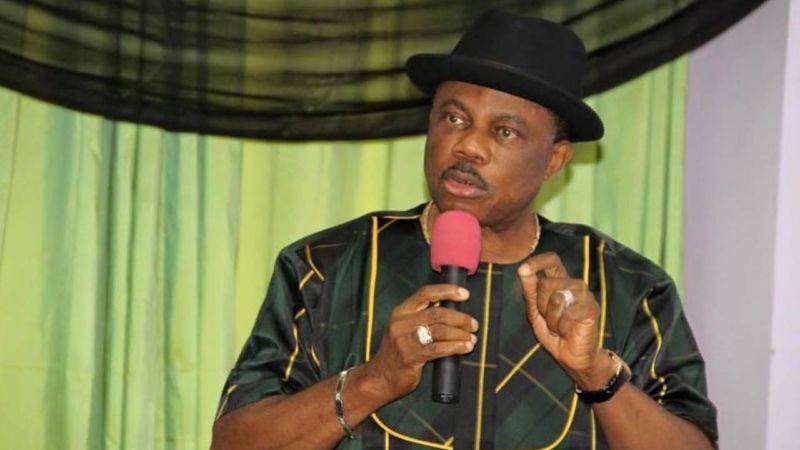 The leadership crisis, rocking the seat of the President General, PG, of Nawfia Progressive Union, NPU, in Njikoka Local Government Area, Anambra State, has deepened with the state government announcing an indefinite postponement of town union election, which was earlier slated for April 24, this year.

It was gathered that despite the government letter to the community two days to the election that the election would not hold, some people went ahead and conducted an election, which purportedly produced one Chief Nathan Enemuo, as the new PG, even when it was gathered that one Mr. Ikechukwu from the office of the Special Adviser to the Governor on Chieftaincy and Town Union Matters confirmed that he personally delivered the letter to the community, postponing the election indefinitely.

Confirming the election postponement to newsmen on phone, Ikechukwu declared: “The election for the post PG billed for April 24, 2019 has been suspended until the community is ready, then we will conduct the election.”

In his reaction, the traditional ruler of the community, Igwe Chijioke Nwankwo, said: “The election they went ahead to conduct despite the state government’s letter, stopping its conduct is a nullity. It has no effect in the town or anywhere. The election was illegally and unconstitutionally conducted.”

“The election was cancelled two days to the date and they went ahead to do it. I dissociate myself from such an act of disobedience to the state authority and besides, any election that must be conducted in Anambra State must have the backing of the traditional ruler of the community.

“Furthermore, any constitution or code of conduct not signed by the Igwe is a nullity, pursuant to section 12, 2012 of Anambra State Traditional Rulers law. The constitution they relied on in the conduct of the election was rejected by nine out of the ten villages that make up the community. The Igwe must sign the constitution.

“The person they claim that won the election, I don’t know him and I have never seen him before and you don’t cooperate with somebody you don’t know. As far as I am concerned we don’t have PG in Nawfia,” Igwe Nwankwo further stated, adding, “if you are running for the office of the governor or president, you go to the monarch for royal blessing, how much more the PG of the community.”

“I have absolutely no problem with the person that they said won the election but it was illegal election; due process was not followed,” he maintained. I only know of the election when somebody showed me a leaflet. There was no government official in the so-called election. I made my inquiry and called the SSS office in Abagana and they told me they were not aware of the election. We conduct election during the mass return, normally December, every three years.”