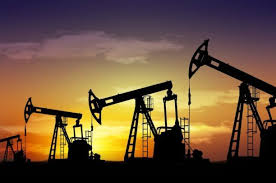 Analysts have slashed their oil price forecasts to the lowest in more than 16 months, citing softening global demand as an economic slowdown looms and uncertainty prevails on the U.S.-China trade front, a Reuters poll showed on Friday.

The survey of 51 economists and analysts forecast Brent crude LCOc1 would average 65.02 dollars a barrel in 2019, down about 4 per cent from the previous month’s 67.47 dollars projection and compared with the 65.08 dollars average for the global benchmark so far this year.

It is also the lowest 2019 average forecast for Brent since March 2018.

READ ALSO:Dabiri-Erewa urges S/A police to speed up trial of policemen linked to killing of Nigerian

The 2019 outlook for West Texas Intermediate crude futures CLc1 was cut to the lowest since January 2018, at 57.90 dollars per barrel, below last month’s 59.29 dollars forecast. WTI has averaged 57.13 dollars this year.

“The ongoing U.S.-China trade disputes and emanating risk of economic slowdown will be the key factors affecting prices for the rest of this year and in 2020,” ANZ analyst Soni Kumari said.

“A protracted trade conflict could deepen the economic slowdown and impact demand growth.”

The trade row between the world’s top two economies has been a major factor behind a roughly 20 per cent drop in oil prices from 2019 highs hit in April, with Beijing announcing tariffs on U.S. crude imports last week.

The price drop has dampened the impact of production cuts led by the Organization of the Petroleum Exporting Countries, with a few analysts saying the group could extend the curbs beyond 2020.

“Typically, cartels are less stable when prices are under pressure and members are fighting for market share. OPEC should be no exception to this rule,” Hamburg Commercial Bank chief economist Cyrus de la Rubia said.

“Demand is set to contract in the developed countries while it grows ever more slowly in emerging countries,” said Norbert Ruecker, head of economics and next-generation research at Swiss bank Julius Baer.

“While we see aggressive monetary policy ending the downturn and prolonging the economic cycle, next year’s expected growth rates are too lacklustre to lift oil demand meaningfully.”

Oil could get limited support from tensions in the Middle East, U.S. sanctions on Iran and Venezuela, and slower-than-expected growth in U.S. output, even with new pipelines from the U.S. Permian basin easing a supply bottleneck, analysts said.

“While we expect trade tensions between the U.S. and China to intensify, and global growth to slow further, we think oil markets may be overreacting to the bad news on demand, and seem to have lost focus on the constrained backdrop for supply,” said Oliver Allen, economist at Capital Economics.

Additionally, crude prices could get a one-off boost from International Maritime Organization rules taking effect next year that will ban ships from using fuels with a sulfur content above 0.5 per cent, survey respondents said. (NAN)