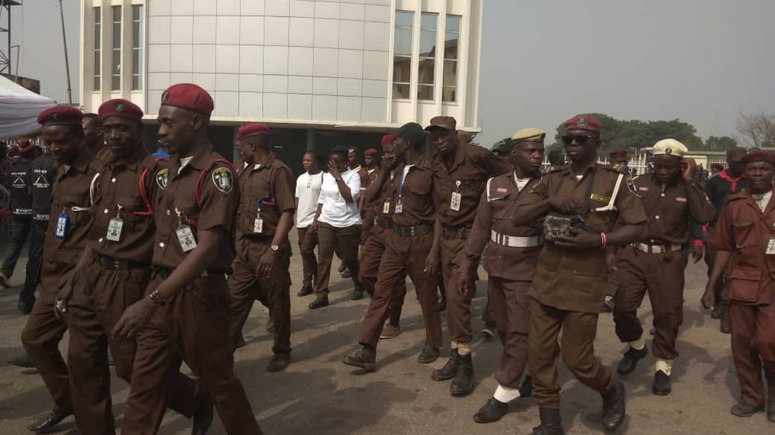 …Receives over 200 applicants within 24hrs

The Ekiti State Government has solicited the support of traditional institution in the recruitment of personnel with proven integrity and character into its security network Amotekun, assuring that the recruitment process would be thorough, transparent and non-partisan.

The state government had, last week, directed interested applicants between the ages of 18 and 60 years with minimum educational qualification of primary school leaving certificate to download the application form online at www.amotekun.ekitistate.gov.ng  and get endorsement letter from their monarchs affirming their indigene-status.

The chairman of the governing board of the security outfit, Mr. Akin Aregbesola, disclosed this on Tuesday, during an advocacy visit to traditional rulers and local government chairmen in Ekiti East, Gboyin and Ekiti South-West local government areas of the state.

According to the Chairman of the Board, the traditional rulers whom he described as the custodian of native intelligence had adequate knowledge of the people that reside in their respective domain.

Also, the Commander of the Amotekun Corps, Brig-Gen. Joe Komolafe (rtd), who spoke at the meetings, explained that the board decided to go through online application in order to guide against situations where fraudsters would capitalise on the process to swindle unsuspecting applicants, among other factors.

Brig-Gen Komolafe affirmed that the board has assented to the demand of the traditional rulers for 65 percent local content in the recruitment of personnel into the security outfit.

He noted that the traditional rulers are the ones that would recommend applicants that will serve in the organization. He stressed that the online application is free, adding that over two hundred applications were received within first 24 hours.

He said, “We decided to make the recruitment online because we got information that some people were already luring people into paying certain amount of money for them to be recruited into the security outfit.

“The online process is designed in a way that it would prevent fraudsters from compromising it. It would also guarantee that we can do background check on all applicants.

“The Governor told me that the security outfit is not established for political reason but to secure the lives and property of the people by wading off all forms of criminality from the State.”

The Corps Commandant further revealed that successful applicants would be deployed to serve in their local government of origin where they had adequate knowledge of the topography.

He used the opportunity to charge traditional leaders to be apolitical in endorsing applicants for the job but to attest to applicants who were of good reputation and vast in traditional technology.

Responding, the Chairman Traditional Council and Alawe of Ilawe Ekiti, Oba Adebanji Alabi, charged local government chairmen to live up to expectations by supporting local intelligence that would help in combating insecurity in the State.

The Chairman of the traditional council noted that Amotekun was mainly about intelligence gathering which he described as the bedrock for fighting crime.

Also, the Elekota of Ikota in Ekiti East local government, Oba Ajayi Fagbemi charged management of the outfit to guide against sabotage and ensure that they are discrete on strategies to be adopted on mode of operation. The monarch urged them to prioritize remuneration, discipline and supervision in its operations.

In Gboyin local government, the chairman, traditional council of the local government and Olode of Ode Ekiti, Oba Samuel Aderiye assured the board members that the traditional rulers would only recommend people of reputable characters that had been proven in the art of native technology for the job.

Also, the Chairman of the Ekiti State Chapter of the Association of Local Government of Nigeria (ALGON) in the State and Chairman Ekiti South West Local Government, Mr Amire Kolade, said local government chairmen were set to support the corps in achieving the essence of its establishment.