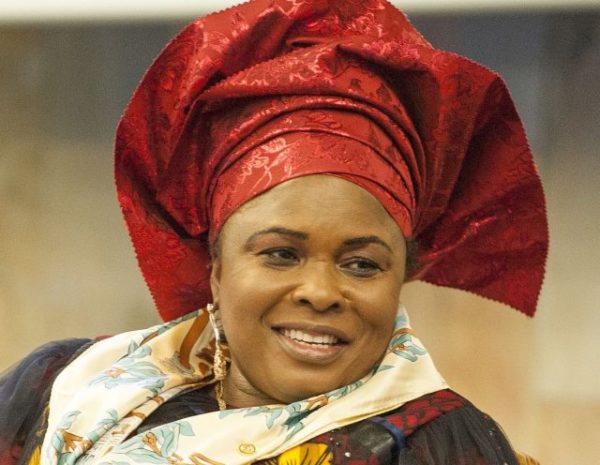 Justice Mojisola Olatoregun of the Federal High Court, sitting in Ikoyi, Lagos State, has adjourned to June 27, 2019, to deliver judgment in an application filed by the Economic and Financial Crimes Commission (EFCC) seeking the final forfeiture of the sums of $8,435,788.84 (about N3 billion) and N9.2 billion linked to the wife of former President Goodluck Jonathan, Patience.

The money was said to be warehoused in some banks, including Skye Bank Plc (now Polaris Bank Plc), Diamond Bank Plc, Stanbic-IBTC and First Bank Plc.

Justice Olatoregun had fixed May 8, 2019, to deliver judgement in the application filed by the EFCC for the final forfeiture of the funds, but deferred judgement and adjourned to May 24, 2019 for further hearing of ‘oral explanatory evidence’ by the parties.

At the resumed sitting on May 24, one Esther Oba, a younger sister to Patience and Special Assistant on Household Administration to the former President, told the Court how her name and picture were used to open an account with Skye Bank Plc (now Polaris Bank PLC) without her being a signatory to the account.

Under cross-examination by the applicant counsel, Rotimi Oyedepo, Oba told the court that the several billions found in her Skye Bank account were gifts she received when she lost her mother.

She also admitted that the account was operated by one of her siblings on the order of the former First Lady.

She said, “The money given to me as gifts were first kept in her house and she later gave all the money in tranches to one Festus Oyoha to deposit on her behalf in Skye Bank.

She further told the court that she had two different signatures she used for withdrawal of funds from banks and for other activities.

Consequently, Oyedepo moved an oral application seeking an order of the court to direct Oba to sign the two different signatures before the court.

However, counsel to Patience, Chief Ifedayo Adedipe SAN, and counsel to Oba, Ige Asemudara, told the court that two different signatures could not be a substantive reason to determine whether the source of the funds was unlawful or otherwise.

Justice Olatoregun, however, overruled them and ordered Oba to sign before the court.

The two different signatures were, thereafter, tendered by Oyedepo and admitted in evidence by the court.

Counsel to the second respondent, Chief Mike Ozekhome, SAN, told the court that Oyedepo must show to the court the predicate offence that the funds are unlawful enrichment.

According to Ozekhome, “the second respondent is a furniture company that deals in interior and exterior of furniture. So, various sums of money to the tune of billions were paid into the account of the company.”

Adedipe, aligned with Ozekhome, further arguing that the funds were legitimately made.

They also argued on the conflicting depositions in the affidavits.

In his response, Oyedepo told the court that one Ubong Ikom, who was said to have deposed to the affidavits by the counsels to the respondents, was not the one who did.

Led in evidence by Ozekhome, both witnesses told the court that they knew Ikom as the person who deposed to the affidavits.

However, during cross-examination, both witnesses denied being aware of any transactions in both companies that could have led to the payment of the several billions of Naira.

“I am just a Sales and Procurement Officer of the company, and I know nothing about who owns the company,” both witnesses had in their separate testimonies told the court.