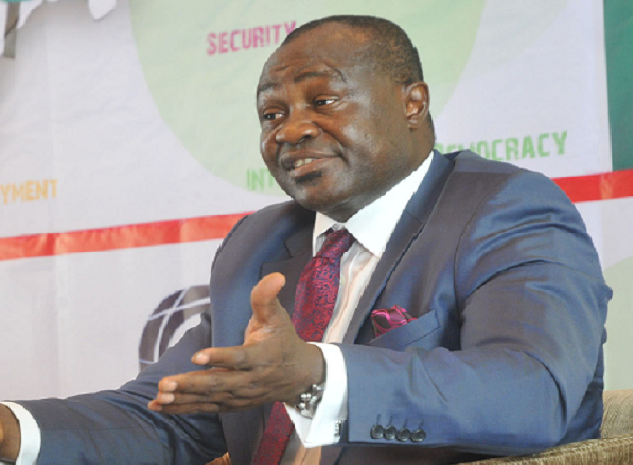 Public affairs analyst and stalwart of the People’s Democratic Party (PDP), Dr. Katch Ononuju says he didn’t take Vice President Yemi Osinbajo seriously for expressing willingness to waive immunity to clear his name over allegations of mismanagement of funds levelled against him.

Ononuju and former deputy national publicity secretary of the All Progressives Congress (APC), Timi Frank had made the allegations, which Osinbajo considered defamatory and threatened to sue the duo.

In an exclusive interview with The Nigerian Xpress, Ononuju said he took Osinbajo’s threat to waive his immunity and sue as ”noise” from a politician and laughed over it.

”I just thought it was just a politician making noise. But the VP is not just a politician; he is a lawyer, a politician and a pastor. But when he was saying he would waive his immunity, that’s when I just laughed and knew he was just talking. One, I know we have been here before with President Yar’Adua – that time, I was working for President Yar’Adua and he was suing Leadership newspaper and it got to the day for Yar’Adua to be cross-examined, but the court said no, Yar’Adua cannot come to court. Yar’Adua said no, he wants to clear his name. But the court said no, Yar’Adua that came from Katsina is a different person from the one who is the President. The Court said immunity has to do with the Presidency, not the person of the President. And that’s why I did not take the VP seriously.”

Ononuju also hinted at the origin of the Vice President’s travails and the sources of the information about him, adding that, ”If he had taken us to court, we would demand the records, all the paper works for all the parastatals that were under his control and you know what that means.”

but ”feels very uncomfortable when his own names are mentioned.”

The full interview entitled, ’WE’VE MORE SECRETS ON OSINBAJO’ is on the cover of this week’s edition of The Nigerian Xpress out on the newsstands on Monday. You can also read on www.thexpressng.com.