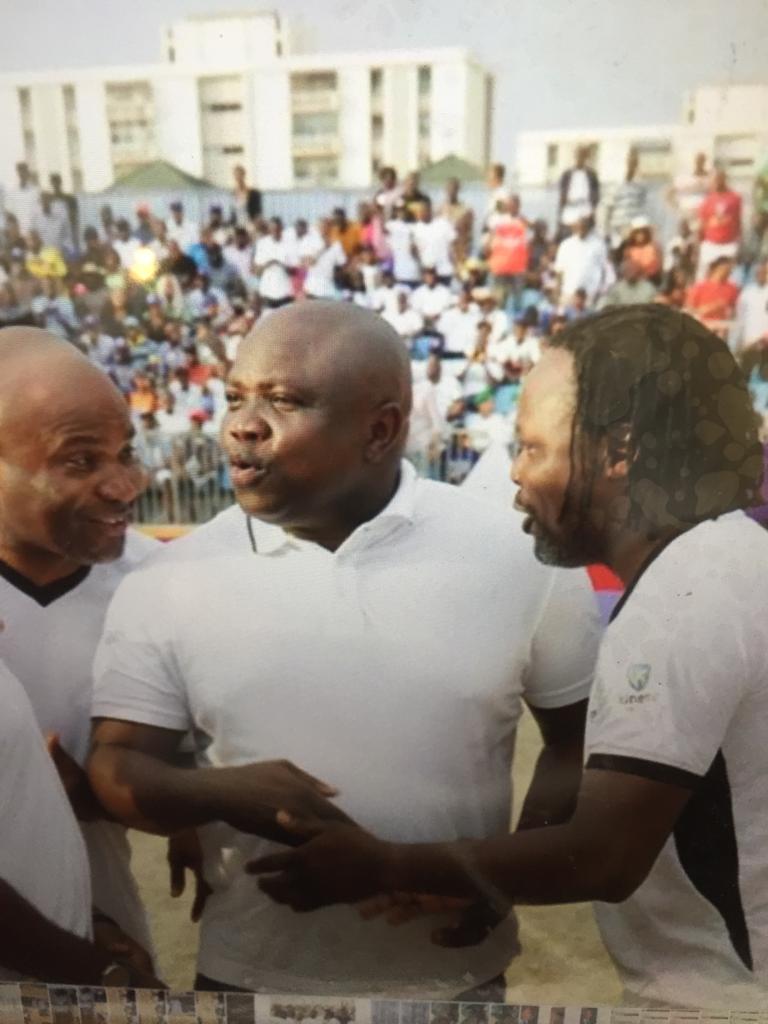 All is now set for The Match for Lagos State Governor Akinwunmi Ambode as most of the invited former African football stars are in town for the African Legends versus Naija Legends.
Yesterday evening, 10 of the African stars were spotted at the Radisson Hotel on Isaac John Street Ikeja enjoying the sweet ambience of the highbrow facility.
Those already in town for The Match include; Khalilou Fadiga, Herita Ilunga, Tiene Siaka, Abdul Kader Kaita, Diomonsy Camara, Didier Zokora and Titi Camara.
“We are all set to go. Most of the former big players are expected this night (last night). Those not in yet will arrive Friday morning,” observed Organiser of the event, Waidi Akanni.
Romelu Lualua, Stephen Appiah, Michael Essien and former France World Cup star, Christian Karembeu earlier booked to come into Lagos yesterday are all to now arrive this afternoon.
Some of Nigeria’s former stars like Nwankwo Kanu and Mutiu Adepoju were also spotted checking in at the Radisson Hotel last night with more coming in today to honour Governor Ambode.
Most of the invited players already in town are to pay courtesy visit to Governor Ambode at his Alausa office.
Later this evening, all the foreign and Nigerian players are to have a light work out at the Agege Stadium venue of the testimonial match.
Finidi George, Julius Aghahowa and Emmanuel Amuneke who are flying into Lagos from Spain and Turkey respectively are not likely to meet the evening training but are sure-bet for the match on Saturday.
No less than 100 former Nigerian stars are struggling to make the list of 20 players to be handled by former Eagles coach Jo Bonfrere.