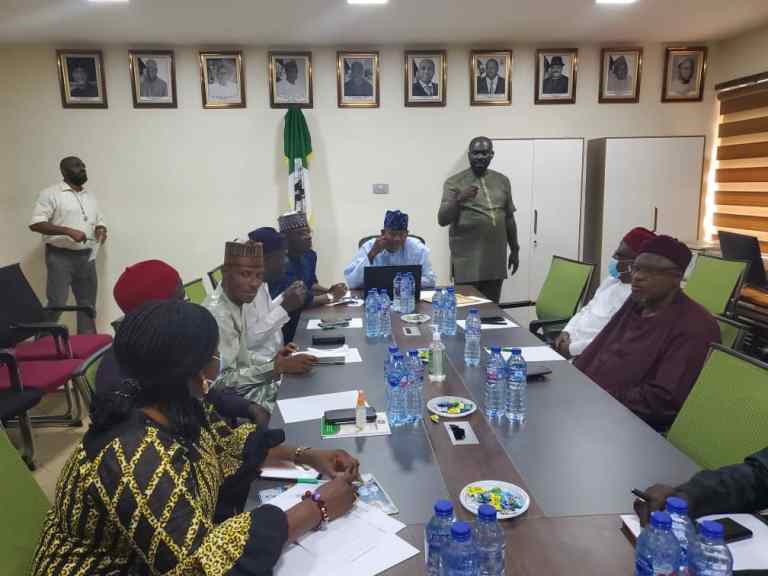 The Association of Local Governments of Nigeria (ALGON) has removed its removed its National Legal Adviser, Taofik Isa, from office.

This was disclosed in a communiqué at the end of a two-hour meeting of the ALGON Board of Trustees (BOT) and the National Executive Council (NEC).

ALGON spokesman, Obiora Orji, in a statement, confirmed that the former National Legal Adviser was unanimously sacked by the National Executive Council (NEC) and the Board of Trustees (BOT) at a meeting, held on Wednesday, at the ALGON National headquarters, in Abuja

The communique at the end of the meeting reads in parts:

“The BOT of ALGON wish to add that success in winning the war on banditry, kidnapping, insurgents, Herder’s crisis, Killings, Armed robbery and so on should remain consistent until every nooks and crannies of villages, Councils, LGA’s and States are free from such vices.

“The BOT hereby call on Nigerians to continue to cooperate with the security agencies in intelligent gathering to guarantee effective synergy for maximum results.

“The BOT insists in ample safeguards of rule of law and will continue to uphold the constitution mandate of the Association.

“As conscience of the Association, the BOT is in total support for the present Leadership of Hon. Kolade David Alabi and urge Nigerians not to be distracted by lies and falsehood of few fifth columnists that do not mean well for the Association.

On the issue of the National Anti-Multiple Taxation Scheme (NAMTAXS), and the National Transit Insurance Scheme (NATIS), the BOT and NEC unanimously agreed that the eradication of illegal road blocks, illegal multiple taxes, levies, fees, assaults, molestations, and sometimes untimely death on Nigerian roads must come to an end through the enforcement of extant laws as contained in the 4th schedule to the 1999 Constitution and in line with President Muhammadu Buhari’s Economic Sustainability Programme (ESP).