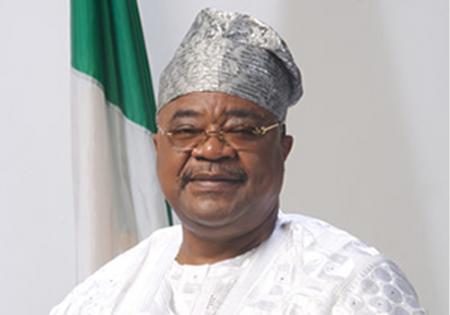 Former Minister of Sports and Special duties, Prof. Taoheed Adedoja is still in shock over the reported death of his former boss and former Governor of Oyo State, Christopher Alao-Akala.

“I still can’t believe you passed away,” Adedoja said in a condolence letter Wednesday said,  in which he described the death of his former boss and friend as a rude shock, disclosing that. “We met last at the lying-in-state of late Olubadan of Ibadanland, His Imperial Majesty, Oba Saliu Akanmu Adetunji, at Mapo Hall, last week, on Monday!”

The University don also informed that, “We were in constant touch with each other before the shocking news filtered in,” repeating that, he cannot still believe it that, “our leader passed away!”

He wrote further: “I was saddened that former Governor Alao Akala is gone. I worked under him as Executive Chairman of State Universal Basic Education Board ((SUBEB) and Hon Commissioner for Education in Oyo State despite my contesting with him in 2007 as the governorship candidate for the Action Congress (AC), while he contested and won the election as the candidate for the Peoples Democratic Party (PDP).

“We ran and completed the governorship race in the spirit of sportsmanship. Sometime   in November 2006 at the beginning of the contest, I was in his office to inform him of my intention to seek nomination as a governorship candidate. With a hand shake, he said to me, ‘if you win don’t forget me, and if I win I will not forget you.’ And while serving as a commissioner for education in his cabinet, Governor Akala nominated me as a minister in year 2010.”