AJ was not ‘war ready’ for Ruiz Jr -Eddie Hearn 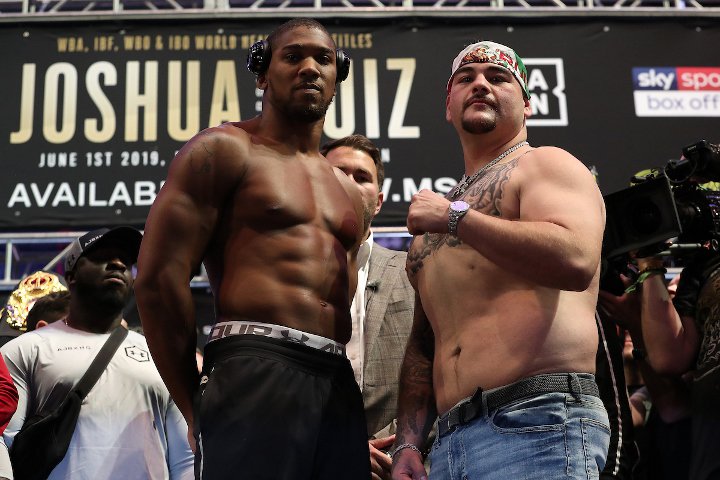 Eddie Hearn has questioned Anthony Joshua’s mindset before his shock defeat to Andy Ruiz Jr by claiming that the 29-year-old was not ‘war ready’.

Joshua suffered the first loss of his career at Madison Square Garden in June but is in line to face Ruiz in a rematch later this year.

Initially, Hearn was adamant that Joshua had no problems in the build-up to his fight against Ruiz. But the promoter now admits Joshua made a mistake by talking about potential fights on the assumption that he would beat Ruiz and also revealed that Joshua’s trainer, Rob McCracken, will enlist more help for the rematch.

Asked by BoxingSocial if Joshua would be making any changes to his camp ahead of his rematch against Ruiz, Hearn replied: ‘I think he will bring someone in, but one thing is very clear and Anthony has made it very clear that Rob McCracken is the head trainer.

‘Will they bring in someone to work on specific things? Quite possibly, yeah.  Don’t really get involved too much in that sort of stuff, despite the conspiracy theories and rumours.

“They know what they are doing, in my opinion Rob McCracken is one of the best trainers in the world, he knows exactly what Anthony Joshua has to do to beat Andy Ruiz, he’s got to make it happen, make him do it.

“But the mindset for this is totally different, I already see it. When you’re in a situation, it’s only afterwards that you look back and think [what was I doing].

“So, you look back there, the whole fight week for Joshua-Ruiz, he was on ESPN First Take, ‘oh yeah, I’m gonna have a meeting with Fury, we’ll do this…’ ‘It’s like, ‘mate [don’t speak beyond this fight]’, but at the time no one was saying, ‘Josh, [don’t speak about that].’ ‘He trained hard, but just mentally, when he fought [Wladimir] Klitshko, I know it’s sometimes a controversial thing so say, but he was ready to die in the ring. ‘Against Ruiz he wanted to win… bad. ‘And now, he will be war ready, you will see Joshua-Ruiz [rematch] will be a barn-burner.”

Why families must eat together