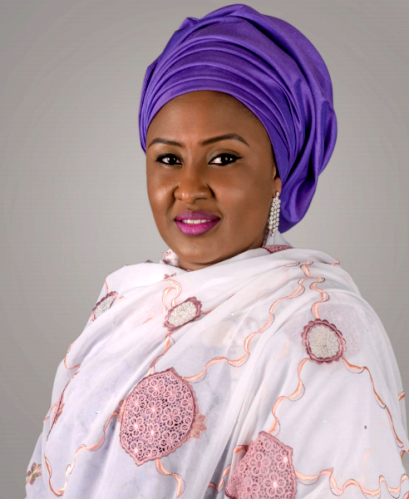 Wife of the President Aisha Buhari, has appealed to the All Progressives Congress (APC) to consider more card-carrying members of the party for appointments into various political offices in the next dispensation.

Buhari via a statement issued on Friday in Abuja, by her Director of Information, Mr. Suleiman Haruna, said that APC constitution specified that party members should be given preference in appointments.

She spoke in Daura after a dinner organised to celebrate the re-election of President Muhammadu Buhari.

The wife of the president advised that the party’s constitution should be respected.

She expressed gratitude to all Nigerians for coming out in their large numbers to vote for President Buhari and the APC.

She assured women and the youths who came out in their numbers to vote for President Buhari that government would do more to improve their lives.

“I wish to thank the women and youths of this country for the number of votes they gave President Buhari in the 2019 election, and to assure that he will continue to do his best to make Nigeria a better country,” she said.

Minister of Aviation, Hadi Sirika, who also spoke, thanked the electorate for voting President Buhari whose integrity was tested over time.

Sirika assured the APC supporters that in the second term of President Buhari, Nigerians would witness unprecedented level of development in all spheres of endeavour.

He commended Mrs. Buhari for her initiative of engaging women and youths during the presidential campaign, which resulted in the massive votes recorded.

The event, which took place at the Daura stadium, was attended by APC supporters across Katsina State. (NAN)