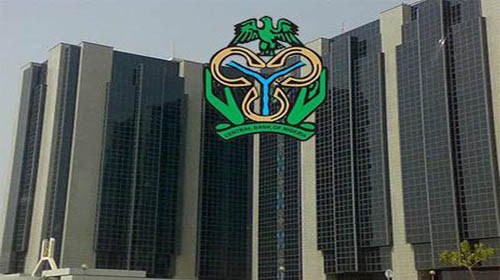 The bank, in a report, said, “As of March 20, 2019, the total amount released since inception by the CBN under the CACS to the participating banks for disbursement, amounted to N605.9 billion for 586 projects, while total amount repaid stood at N338.4 billion

In the first quarter of 2019, it stated that drier weather condition continued in most parts of the country, especially in the North, as a result of the increased rate of evaporation due to high temperature level.

Generally, it added that the predominant agricultural activities across the country during the quarter were the preparation of land for early rainy season planting, the harvesting of tree-crops and irrigation-fed vegetables.

In the livestock sub-sector, farmers continued to intensify efforts towards rearing poultry birds and cattle, the bank noted.

In its report on the industrial sector, the CBN stated that the sector showed an improvement in the first quarter of 2019, on account of expansion in the manufacturing activities due to the marginal increase in employment, output and new orders in the sub-sector.

Moderation in prices of input, coupled with Federal Government efforts in implementing the Economic and Recovery Growth Plan, also contributed to improved activities in the sector.

Consequently, industrial production in the review quarter indicated a marginal increase over the level in the preceding quarter.

The increase reflected improved activities in all the sub-sectors of the industry.

The improvement was due to continued expansion in consumer demand and moderated input prices.

It stated that electricity generation improved during the review quarter.

At 3,908.0 MW/h, average estimated electricity generation rose by 1.2 per cent, compared with the level at the end of the fourth quarter of 2018.