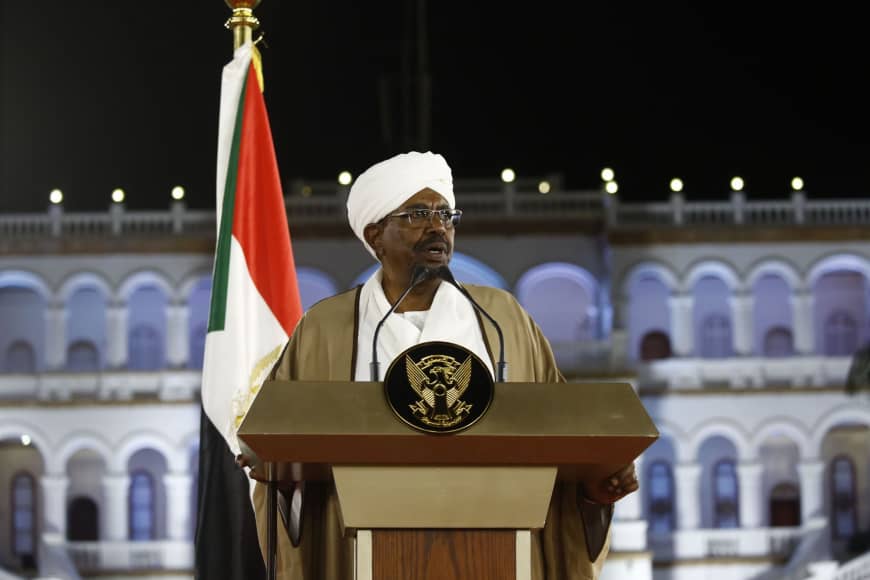 Dr. Joshua Bolarinwa, a Senior Research Fellow at the Nigerian Institute of International Affairs (NIIA) on Friday enjoined African leaders to learn from the ousted President of Sudan, Omar Al-Bashir.

Bolarinwa gave the advice in an interview with the News Agency of Nigeria (NAN) in Lagos State, while reacting to last Thursday’s military takeover of Government in the Sudan.

According to him, the ouster of Omar Al-Bashir is a demonstration that Africans are becoming conscious of who they wanted as their leader.

“Let me say that the ousting of President Omar Al-Bashir is a great sign for Africa. We have recently seen this happening in some other African countries since the Arab Spring broke.

“Most importantly, what this portends is that many Africans are really beginning to see and can now demand their rights and governance issues for themselves,’’ he said.

Bolarinwa described the unseated President as someone who had been cleverly evasive, slippery and always believed in eating his cake and having it, until he was disgraced out of office.

He described Al-Bashir as one of the world’s notable dictators, saying that his government was enmeshed in a lingering civil war, various crises and other internal strifes.

The Senior Research fellow also said that the immediate-past president of Sudan had for a long time been placed under an international warrant of arrest by the International Criminal Court.

Al-Bashir came to power through a coup in 1989 and ruled Sudan for three decades. (NAN)

a Senior Research Fellow at the Nigerian Institute of International Affairs (NIIA)Dr. Joshua Bolarinwaenjoined African leaders to learn from the ousted President of SudanOmar Al-Bashir
Share