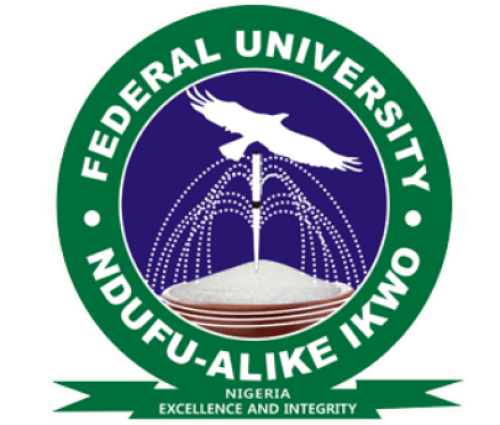 In his inaugural speech, the VC thanked members for accepting to work in the committee that was constituted to basically deal with issues, bordering on lack of water in the university and expressed optimism that they would find long lasting solution to the problem.

According to Prof. Nwajiuba, the mandate for the Management Technical Committee on Water Resources include linking up existing boreholes within the university; construction of massive  water tank into which other tanks will be channelled; involve students in digging the boreholes, construction of the tanks and the entire process for practical experience purposes; he asked them to  package the project master plan in a sellable proposal to embassies and corporate organisations, government and non-governmental organisations for possible sponsorship.

The committee is headed by the Chief Engineer at Directorate of Physical Planning, Works and Services, Engr. Adebayo, while Special Assistant to the VC, Ejike Uchegbu, is to serve as Secretary. Other members include, Dr. Charles Ezeugwu, Engr. Onyekweredike, Dr. Victor Omonona, and Barr. Chigozie Nwachukwu.

They took turns to commend the VC for constituting the committee and finding them worthy of to serve, promising to do so with diligence and commitment to achieve required results within record time.

According to the chairman, given his over six years’ experience in water management in the university, a  comprehensive job is required to achieve success, which for him, includes construction of dams and water wells that will benefit other activity areas, such as irrigation, fishery, animal husbandry and  the agriculture farm.

COVID-19: Savouring the fruits of last 10 days of Ramadan

Meanwhile there is a change of guards at the university’s Centre for Human Resource and Development.

Dr. Smart Otu has taken over the mantle of leadership from Dr. Onyebuchi Chima, the former director.

Presenting his handover note, Dr. Chima thanked vice chancellor for the opportunity given to him to serve in the Directorate. He averred that the Directorate was mandated by the management to train staff, who were recruited from various sectors of the society but without university administrative background.

“We had mandatory orientation scheme for all the newly recruited staff,” he said, adding that his leadership was able to harness diversified interests from business, politics, artisans and academia into fruitful and productive staff.”

READ ALSO:Sanwo-Olu charges corps members to be of good conduct

Highlighting his achievements, Dr. Chima said that he floated 21 trainings in the university and had representatives in every unit, appointed facilitators, launched web page domiciled in the university, had telephone contacts file and made all his staff  enduring member of TETfund Committee and developed relevant data base for the university. He mentioned that management gave a plot of land in the campus for the Centre and that in collaboration with the Directorate of Physical Planning, Works and Services, has produced design for a multipurpose building to accommodate the Directorate in view of its numerous activity requirements.

In his acceptance speech, Dr. Otu, the in-coming Director, thanked his predecessor for putting together the handover formalities, stating that Dr. Chima had done very well. He added that the detailed handover note   had given him the tonic to work with.

Do these things, you will never have to worry about your finances

COVID-19: Savouring the fruits of last 10 days of Ramadan