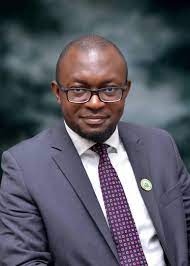 It was gathered that Adeniran’s resignation came after he spent weeks seething about Governor Dapo Abiodun’s corrupt practices, incompetence and general maladministration.

Mr. Adeniran, a liberal arts scholar and commercial law expert, turned in his resignation because he was no longer comfortable serving Governor Abiodun in the cabinet.

Two sources said the Attorney-General has expressed concerns about unbridled corruption and incompetence in government and unsuccessfully took initiatives to curb such vices in public services.

“He tried to introduce reforms that will make it difficult for corruption and mismanagement to thrive,” a source with information about the development told The Gazette. “I am sure he will find a more suitable position to take up soon because he is a very diligent lawyer with a promising future.”

Mr. Adeniran, however, declined comments about his resignation.

“Whatever you’re going to publish, I have no comments,” he said.

But reacting to the report, Commissioner for IUnformation in the state, Waheed Odusile, said there had been no resignation from the cabinet and did not elaborate as to the specifics of when and why Mr. Adeniran would leave.