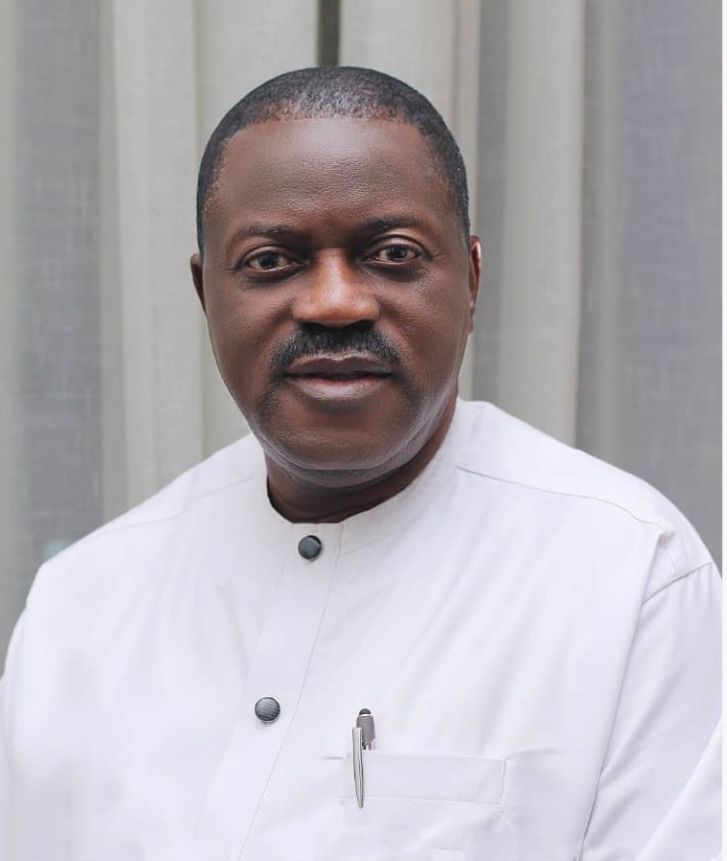 The Cross River State Executive Council under the chairmanship of the Governor of the state, Prof. Ben Ayade has approved the appointment of Prof. Taoheed Adedoja, an Ibadan, Oyo State indigene as the pioneer Director General of the newly established Teachers Continuous Training Institute (TCTI), by the Cross River State Government.

Recall that Professor Adedoja, a globally renown academic, educationist, successful administrator and former Minister of Sports and Special Duties, was a few months ago appointed Chairman of the Governing Council of the Federal College of Education, Obudu, in Cross River state by President Muhammadu Buhari before the government of Cross River State also  deemed it fit to cap the feat up with the new appointment as the pioneer Director General  of the newly established  Institute located at Biase, in Biase Local government area of the state.

The TCTI, which is the vision of the Governor of Cross River State, is regarded as one of the first of its kind in Africa by any State government with a “focus to deepen knowledge and skills in the teacher education sector by providing niche, practice-based short and medium term specialist resource to teachers at all levels in the country”.

Prof. Adedoja’s experience across the globe will be maximally utilized for the development of the newly established institution by the Cross River State Government to position the institution as a foremost international Teachers Development Centre of excellence in view of the global trends on the need for continuous exposure of teachers to modern techniques of teaching in the digital age.

Expressing his  views further on the philosophy behind the establishment of the Institute during an inspection tour of the world class facilities at the Obiase site recently, Governor Ayade stated that; “the newly constructed Teachers Continuous Training Institute (TCTI) in Biase Local government  area is set up to attend to the teaching needs of countries in Africa.”

He said further that states in Nigeria and other African countries will be beneficiaries of the various teacher development Programs to be conducted at the first class institute lactated in the State.

It will be recalled that on May 27, 2021 When Prof Adedoja turned 70, President Muhammadu Buhari extolled the virtues of the former Pro Chancellor and Chairman of the Governing Council of the Federal University on Dutse, Jigawa State by referring to his significant contributions to public service particularly in the Education sector  in Nigeria.

Prof Adedoja who had also served as Dean of Education at Bayero University, Kano and Provost of the Federal College of Education, Special, Oyo was a consultant to the government on Teacher Education prior to the appointment as Director General. Prof Adedoja has promised to provide visionary leadership for the actualisation of the vision of Cross River State in the establishment of the world class institute.

Meanwhile, an Ibadan, Oyo State based Non-Governmental Organization (NGO), Youth Advancement Advocacy Initiative (YAAI), has praised the Cross River State Governor, Prof. Ben Ayade for the befitting appointment given one of their son, Adedoja, saying the governor has exhibited the true spirit of patriotism.

In a statement signed by the NGO Convener, Ogbeni Karonwi Alagbala and made available to the media, Professor Adedoja was described as a golden fish that has no hiding place anywhere, asserting that, no matter wherever he might be, his quality and shining character would bring out to the people to behold.

The organisation therefore assured Governor Ayade that he has made the right choice in Adedoja, expressing the confidence that, the Governor would not be disappointed.

Also commending the governor was the UNICEF representative Ms Bhawna Vajpai, who said the state-of-the-art facilities in the Institute rank among the best across sub-Saharan Africa, while noting that the TCTI would sooner than later become a citadel for Teacher’s development in Africa.

Vajpai said Governor Ayade’s initiative to establish the institute as a world class training Centre for teachers across Nigeria and beyond with modern training technology was a welcome development of a leader who saw the future.