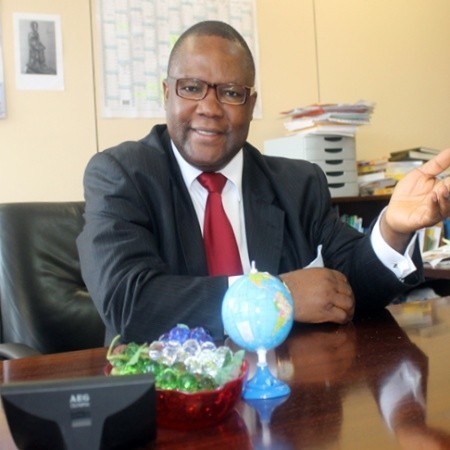 Ahead of the 9th National Assembly’s leadership elections, Dr Obadiah Mailafia, Presidential Candidate, African Democratic Congress (ADC), has set agenda for the lawmakers-elect as regards the current leadership tussle in the legislature.

Mailafia, in an interview with the News Agency of Nigeria (NAN) in Abuja, said the legislators-elect should elect their presiding leaders on four criteria.

NAN reports that the 9th assembly would be inaugurated on June 9 as soon as President Muhammadu Buhari issued a proclamation letter to that effect.

However, intense lobbying has commenced at the Senate and the House of Representatives over who becomes the senate president, speaker of the lower house, among others.

Mailafia, who is also a former deputy governor, Central Bank of Nigeria (CBN), said the senators-elect and members-elect should refrain from electing any one with questionable character as presiding leader.

”I would suggest four criteria. number one; don’t pick any one who has skeletons in his cupboard. They should not have criminal records.

“I mean it will be scandalous to bring people with criminal allegations to the highest echelons of our parliament.

“Number two, they should get people of the highest integrity.

“Number three, they should get people who have the requisite experience; possibly, they are into their second or third term in parliament. That will be very important.

“Finally, they should get people that have human touch who can show that they are in tune with the people and can help our democracy to move forward,’’ he said.

Mailafia, who is also a development economist, said even if the presiding leaders of the 9th assembly would come from the majority party, the All Progressives Congress (APC), those four criteria should be used as measures.