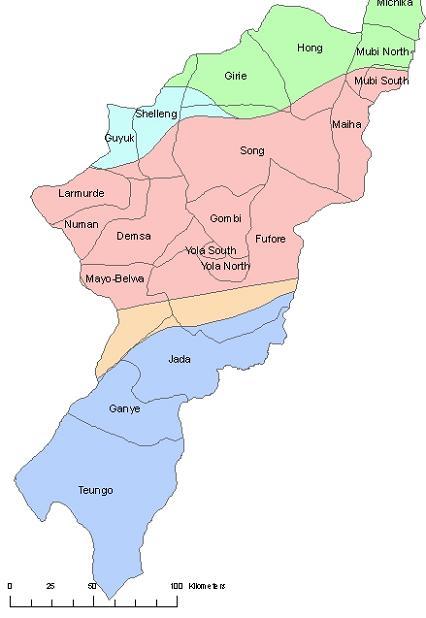 The Adamawa state chapter of Operation Deliver Your Polling Unit For Buhari-Bindow and All other APC Candidates, has urged INEC to cancel election results of all polling units where violence was recorded.

The group made the call in a statement by its Publicity Secretary, Alhaji Husseini Ahmadu, on Friday.

Ahmadu also urged the electoral body to cancel election results of all polling units where other forms of irregularities were recorded in the Governorship and House of Assembly elections in the state that were declared inconclusive.

“The Operation Deliver Your Polling Unit for Buhari-Bindow and All other APC candidates in Adamawa State is also seeking the electoral umpire to consider the cancellation of the inconclusive Governorship and State election results in some Local Government Areas where there are complaints of widespread irregularities, intimidation, harassment.

“In Hong local government, the violence led to killings where our party lost a polling unit agent,” Ahmadu said.

According to Ahmadu, there are substantial pieces of evidence to prove that Smart Card Readers (SCR) were not used for accreditation and to show that election guidelines were violated during the inconclusive elections.

“Our position here is that the election of Saturday, March 9, 2019 is a rape on our constitutional rights as the people of Adamawa state witnessed what has never been seen in any election since 1999.

“The smart card readers were not used for the election in several polling units, and we are calling for an audit of the cards in addition to our call for the outright cancellation of the exercise in all the affected unit as the 44 units so far cancelled by INEC represent just one per cent of areas where irregularities occurred.

The publicity secretary advised members of the group to remain calm and law-abiding as it continued to work toward ensuring that the right thing was done in the interest of justice and fairness, in line with existing laws. (NAN)