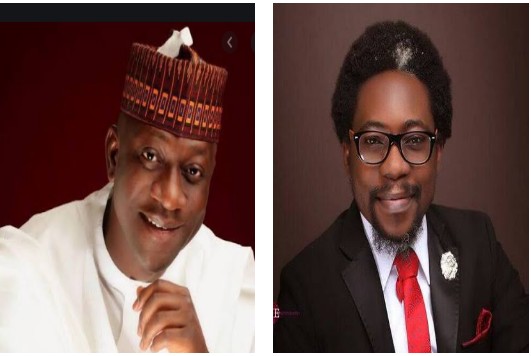 Human Rights activist, Mr. Segun Awosanya, has dismissed the demand for an apology and N3 billion in damages from him by a member of the House of Representatives, Abdulmumin Jibrin, over some of his tweets.

Jibrin, representing Kiru/Bebeji Federal Constituency of Kano State, had on October 31 through his lawyer, Mr. Wole Olanipekun, gave Awosanya popularly known as Segalink 14 days to pay him N3 billion for damages over libellous and defamatory tweets.

He also demanded that Awosanya publish a public apology on his twitter handle for seven days to serve as atonement for the tweets published on October 17.

Jibrin said that the allegations were untrue, unfounded and meant to tarnish his image.

Jibrin’s demand comes on the heels of Awosanya’s call on his twitter handle for investigation into 17 local and foreign bank accounts allegedly operated by the lawmaker in spite his contrary position at the Code of Conduct Bureau (CCB).

Olanipekun in his letter of demand had noted that Awosanya’s action could be traced to his client’s refusal to compare notes with him because according to him (Awosanya), “the masses will believe effectively the system than from an internal whistle blower”.

“Even the Economic and Financial Crimes Commission (EFCC) which is the body statutorily imbued with the powers to investigate and prosecute matters in the character of your allegations would still have afforded our client a fair hearing after a petition is duly presented to it.

“Your approach therefore smacks of utter bad faith; you made these allegations without recourse to their veracity or our client’s reputation.

”In other words, you did not care at all about any negative repercussion generated by your intentional and deliberately mischievous allegations against our client.

”Specifically, you set out to destroy him,” Olanipekun said.

But Awosanya through his lawyer, Mr Pelumi Olajengbensi in a response letter made available to NAN, however, said his client would not be intimated to drop his call for Jibrin’s investigation.

Olajengbesi wondered the image and reputation Jibrin said his client tarnished having raised an alarm of budget padding in the National Assembly in 2016 against the leadership of the House of Representatives which he could not prove.

“Our client, in the spirit of what he stands for, conversed with Mr Jibrin at the period he proclaimed to the world that he was an anti-corruption crusader and was determined to expose corruption in the National Assembly as it relates to budget padding.

“If you would recall, Mr Jibrin raised the alarm of budget padding in the National Assembly.

“He publicly alleged sometime in August 2016 that Yakubu Dogara, Speaker of the House of Representatives at that material time, and other principal Officers of the chamber were attempting to pad N30 billion projects into the national budget.

“He also alleged that the Speaker, Deputy Speaker, Chief Whip and Minority Leader had allocated ”billions of wasteful projects running over N20 billion to their constituencies” as reported in several news platforms.

“This development was a huge revelation for the Civil Societies and Public Interest Groups, and invariably caught the attention of our client who innocently ascribed courage to Mr Jibrin, presuming that at a risk to his political position, appeared set to expose a deep rot in NASS, earning him a dignified mention and conversation from our client.

“Shockingly, our client having further probed the claims of the anti-corruption fight of Mr. Jibrin discovered embarrassing information that points to the fact that he (Jibrin) had pretended to be fighting corruption while he has got questions to answer,” Olajengbesi said.

He noted that it was wrong for the lawmaker to deliberately refuse to compare notes with Awosanya at the time when Nigerians had resolved to give his acclaimed fight against corruption the much needed support.

He therefore described the lawmaker’s N3 billion suit as an empty threat and urged him not to wait for the 14 days ultimatum before commencing his legal action.

Olajengbesi added: “He is hereby encouraged to expedite his legal action, and act decisively as we intend to equally match his words with facts and action.

“In view of the prevailing circumstances, we wish to make it abundantly clear that our client is undaunted, unflinching and unfazed by Mr Jibrin’s attempt to draw up colourless and nonexisting realities against our client through malicious intent.” (NAN)