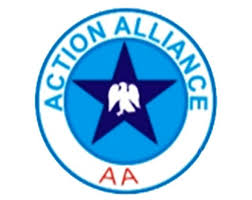 Mr Kenneth Udeze, the National Chairman of Action Alliance has got the support of 26 state chairmen of the party as efforts at resolving the crisis in the party takes a new dimension

In a statement signed by the state chairmen on Wednesday in Abuja, the chairmen passed a vote of confidence on Udeze and the party’s National Secretary, Mr James Vernimbe but expelled nine party members.

They said that the Udeze led administration had worked tirelessly to win eight House of Assembly seats and Two House of Representatives seat in Imo since the party’s inception in 2005.

“We, however, regret that some  Imo  House of Assembly members have since defected to the Peoples Democratic Party (PDP),’’ they said.

The chairmen said  that they had resolved to approve and appoint new NEC members, new caretakers in some states and new administrative staff.

They also said that they had approved expenditure of the party as presented by the national secretary and adopted recommendations of the reports of the disciplinary committee set up by the NTTC.

According to the chairmen, the nine expelled NEC members have been replaced by nine newly elected members of the party.

The group also said they had approved the dissolution of Osun, Lagos, Cross-River, Kogi, Oyo State, Zamfara and Imo  executives and new caretakers had been appointed.

They said that the party was now unified but urged the Independent National Electoral Commission (INEC) not to create any division by backing any of the factional party.(NAN)