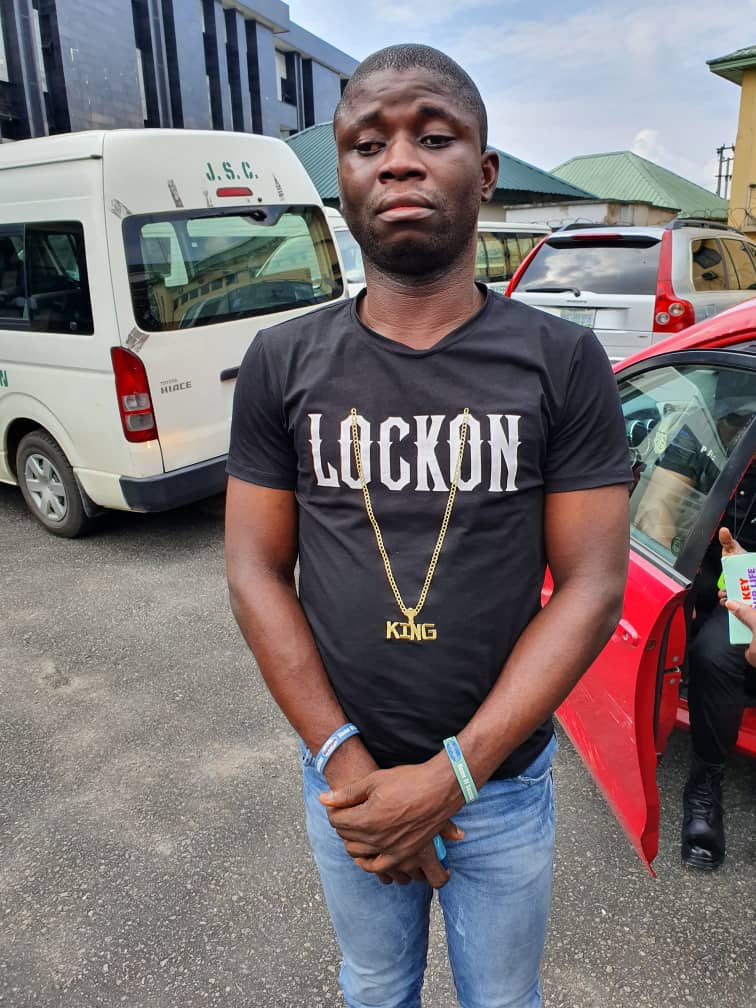 The Rivers State Police Command  after about a month of arrest had arraigned the suspected serial killer before Justice Adolphus Enebeli of the State High Court Sitting in Port Harcourt.

The 39-year- old suspect is facing a murder trial in suit Number PHC/3426/CR/2019 as charged by the Inspector General of Police through the command.

When the matter was mentioned for plea on Monday, the trial judge, Justice Enebeli, adjourned till Tuesday, October 22, for plea, following the absence of the defence counsel after the prosecution counsel mentioned appearances.
Justice Enebeli cited the Rivers State Criminal Justice Act, which gives the accused person right to have a  lawyer for justice and fairness.

The Judge therefore ordered the suspected serial killer to ensure he present his lawyer on the next adjourned date or be ready to accept any nominated counsel by the court to represent him.

Speaking with newsmen outside the courtroom, the prosecution counsel, who is the Officer in Charge of Legal, Rivers State Police Command, SP Gladys Gimegu noted the police readiness to prosecute the matter. She said the suspect would be returned to the court on Tuesday for his trial.

It would be recalled that the suspected serial killer, Gracious David West during his parade at the state Police headquarters on Moscow Road confessed killing about 15 females in different hotels in Rivers State and four other state with Rivers State leading with over 10 victims.

The suspect was arrested by men of Special Anti Robbery Squad along Ogoni- Akwa-Ibom axis of the East West road.