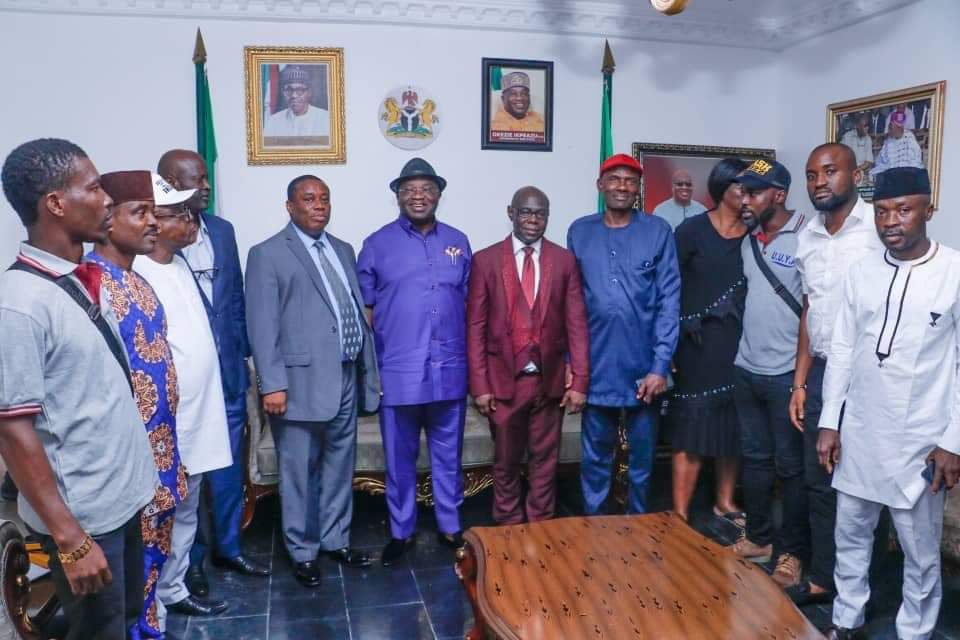 The resolution thereby paved way for the resumption of production activities at the hitherto moribund factory of the industrial giants.

Speaking during a meeting between the feuding parties, Governor Ikpeazu applauded members of the community and their forebears for their foresight in donating their land in 1952 for the establishment of the factory as well as the peaceful negotiations which started in 2018 and led to the agreement to settle all the lingering issues.

He directed the management of IEA to ensure that they abide by the terms of settlement including ensuring that youths of the community were gainfully employed at management and other levels within the organisation.

In the words of the governor, “We are happy that our collective efforts to reinvigorate this company is yielding positive results and I am optimistic that production activities will soon start again at the factory which is one of the landmark organizations that made Aba an industrial hub.”

In his remarks, Managing Director of IEA, Mr. Sola Ajayi, expressed appreciation to Governor Ikpeazu for midwifing the settlement process and assured that the company was ready to resume production as soon as preliminary works were completed.

Mr. Ajayi also thanked the governor for fulfilling his promise to fix Nicholas Road, Aba, which leads to the factory and pledged the willingness of the company to be good corporate citizens.

Also speaking, the spokesman of the community, Prince Enyinnaya Ubani and the chairman of the community, Mr Chris Ubani, thanked the Governor for his developmental strides in the state as well as the pursuit of industrialization as a major pillar of his administration. They pledged to abide by the agreement reached by both parties.

IEA which commenced operations in 1954 manufactures popular detergent and soap brands such as Truck soap, Appolos detergent. Palmolive soap among others, before the ownership crises that led to the closure of the company in 2009.

The meeting which was held in Governor’s Lodge, Aba, was also attended by the state commissioner for Trade and Investment, Chief John Okiyi Kalu and other top government officials.