A tribute to fathers on Fathers’ Day 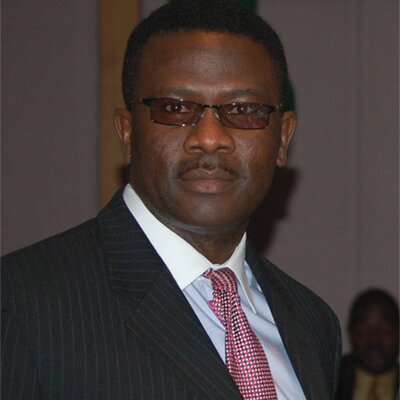 I wrote the original tribute about two years ago. But every Fathers’ Day, I dust it up, upgrade and put it out there. The tribute below is for Fathers’ Day 2020.

I don’t know about anybody else, but when I was growing up, in my younger years before rebellion kicked in, my father was my role model and hero.

Most fathers are the same way to their children especially the male ones. Yes, he was strict, but In spite of his strict disposition, I wanted to be as tough as I perceived him to be.

When I became a father myself, it dawned on me that his unflinching love for his children informed every single action he took towards my siblings and I even when it did not feel pleasant.

Even after his passing, his counseling voice is ever present in my head, guiding me whenever uncertainties stand in my way, helping me decipher the best path to ultimately follow.

Those constant words he always said as I grew up, have morphed into the partial moral compass that guide me day after day. For that I will remain eternally grateful to my father.

Yes, fathers do not always display their affections in the family as should. They may not always show their emotions in time of family distress as should.

They may not always provide, in the traditional mothers way, the tender loving shoulder for children to cry on in times of trouble and uncertainty.

But to remain the source of strength and the rock in the family, they have to continually put their emotions in check.

They must always be seen as in control even when the walls may seemingly be crumbling around them.

The reason why children love and are attracted to hero movies, like superman, is that they see the actors as heroes.

They want heroes in their own lives in the person of their fathers for protection and assurance.

Fatherly presence goes a long way in injecting stoicism in children later on in life. It gives them the confidence that help them face down adversity in life.

Fathers may not always shower children with praise when they excel in any endeavor.

In fact, fathers may seem to push too hard for excellence but when excellence is attained, they fail to give commensurate praise on children.

When all is said and done, though, fathers inwardly maintain a deep sense of pride in their children and constantly seek the best for them. This is why they push, push, and push.

A father’s love is sometimes mistaken and at times branded as tough love. Hence, they rarely get the credit they deserve in the family circles for what they do.

But because they do what they do out of love and not for the glory, fathers have come to accept their place in the family with equanimity.

My father loved to write as well as give public speeches in addition to his profession as a principal social welfare officer.

He was also a lay leader in the church and hence read the scriptures in church and delivered sermons. He was the epitome of strength.

Many times I watched him hold his head high in times of crisis and adversity and all have influenced me in life.

His philosophy for us, his children, was simply to steer away from doing anything that will bring disrepute to ourselves and our larger family. He continually urged us to always use excellence to conquer adversity and oppression and never look down on anyone.

His mantra was: “education will make you dine with kings and queens”. I did not quite understand what he fully meant then but as time has gone by, it has become clear to me and I have equally tried, at every turn, to bequeath the same legacy to my own children.

So, on this Father’s Day, June 21, 2020, I remember my father, the late Mr. Sylvanus Chukwukadibia Uzokwe and continue to hope that he is eternally resting in the bosom of the Lord. Dominus Vobiscum, Dad.

Alfred Uzokwe is a practising civil engineer in the United States