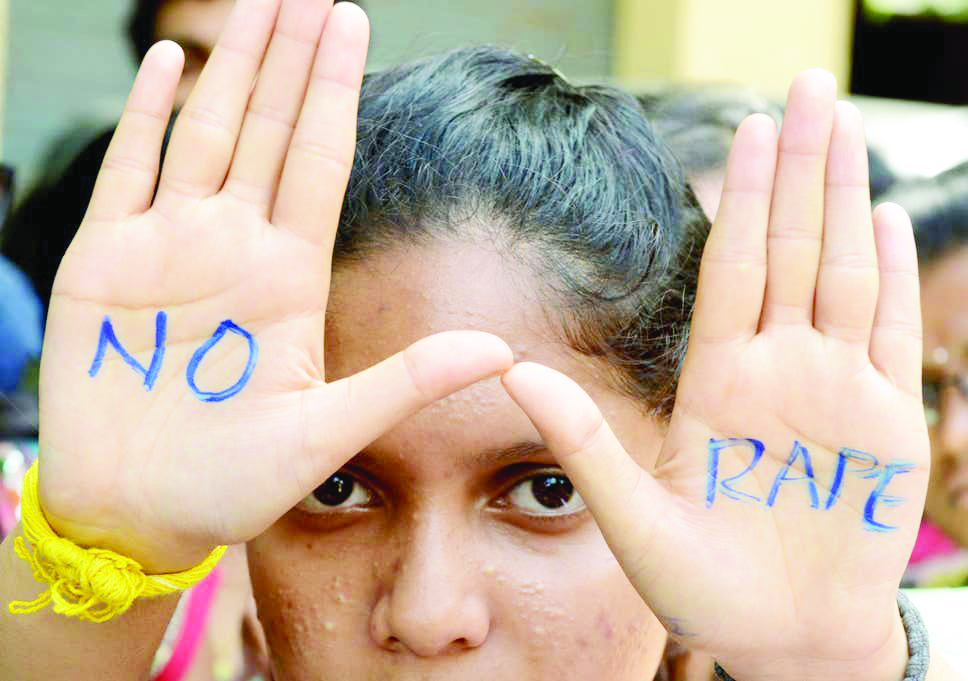 I have often mentioned in my Loud Whispers column that I love watching television dramas. One of my favourites is Law and Order – Special Victims Unit. It is a spin-off of the Law and Order television series, based on adventures of the New York Police Department (NYPD).

The SVU is an elite squad of NYPD officers, trained to identify, track and seek justice for victims of sexual crimes, such as rape and sexual assault, child abuse, trafficking, kidnapping and so on. Each episode deals with a new case and story line, so you are mostly spared the headache of keeping up with convoluted plot lines that go on and on. When stories are not wrapped up in one episode, on rare occasions, there is a continuation but not for more than one or two other episodes. I believe one of the many reasons SVU is such a great show is that it draws on real-life stories, changing them around a bit in order to stay true to the disclaimer that follows each episode that, ‘This show does not depict any real-life situations’. Almost all the stories told on SVU have hit American or global headlines at one time or another, so I can safely conclude that the show can be said to be a case of art imitating life.

I am drawn to SVU because it serves as a dream universe in which an intentional and deeply committed ecosystem exists to address the issue of sexual violence against women and children. Men often pop up as victims that the SVU squad need to help, but 95% of the cases are about women and children, and this is probably the only thing SVU has in common with my own context.

SVU was set up with a clear mission, and everyone on the team understands it. The officers are well trained in dealing with a vast array of victims as well as perpetrators often referred to as ‘Perps’. The teamwork is seamless, with everyone obeying the chain of command and working collaboratively to leverage the skills they all bring to the team. SVU is now in its 21st season, and has made history with their record breaking run for an American television show, where the average lifespan of such shows is seven to eight seasons.

The SVU team has a Captain as its head, and the current one is Olivia Benson (Mariska Hargitay), who rose through the ranks and, therefore, has the benefit of being part of SVU from the beginning. The SVU has three or four detectives working on cases. There are those who do field work with victims and Perps. There is a forensic scientist, who, over the years, manages to make use of technology to narrow down suspects and unravel facts with unnerving accuracy. There is a psychiatrist on the team, who profiles Perps and sometimes victims and also gives testimony in court as required. The hospital that the SVU uses has resources to carry out the full range of tests required as well as psycho-social support for survivors.  The team works very closely with the District Attorney’s office, who follows the investigations closely to ensure that adequate evidence is collected within the parameters allowed by law in order to maintain the integrity of the prosecutions.  The SVU draws on an almost mythical database of sex offenders, spanning many years and all the nooks and crannies of the country. If you have been entered into the register as a sex offender, you remain there whether you are a priest or painter. No one can be bribed to take anyone off. Alongside the register is a DNA database collected from people, who have been indicted or charged with one crime or another.

Every time I watch an episode, I ask myself how that case would have been handled in Nigeria and I draw the grim conclusion that the chances are slim. A woman has been raped and killed. The SVU squad is all over the place in no time, securing the crime scene and painstakingly collecting evidence. Over here, the crime scene would have been contaminated almost immediately by those taking photos on their cell phones or seeking to rummage through whatever belongings the victim might have. If it is a case of rape, the SVU takes her to the hospital, where she is handled with the utmost sensitivity, while someone holds her hand, as the rape kit is being put together. Over here we don’t have rape kits and no policewoman will hold your hand. Once suspects have been identified and are being interrogated, their lawyers show up to ensure due process. Not pillars of society to beg on their behalf. In the SVU universe, a system exists that works for everyone. It is not without flaws and it is not without its grey areas and ethical dilemmas but on the whole, professionalism and justice for victims takes centre stage. Occasionally, the SVU beams a light on complex issues, which the society at large is still grappling with, and the challenges victims face in securing justice under those conditions, for example, the access of a white rape victim to justice versus a black rape victim, or cases of migration and trafficking where victims exist in a twilight zone that no one wants to deal with.

Last week I attended the launch of the National Sex Offenders Register (SOR) in Abuja. It was a great event and I was pleased to witness such a milestone in our country. The SOR is part of the implementation of the Violence against Persons Prohibition Act (VAPP Law) of 2015. The SOR will document and keep track of sex offenders across the country, and is meant to serve as a critical tool to address sexual violence. It is the first step on a long journey that requires a vast amount of financial, human and technical resources, driven with strong political will. This journey should commence with states’ domestication the VAPP Law and putting in place effective implementation mechanisms. It is heartening to see the increased levels of awareness of gender-based violence, as expressed through the many activities of the global 16 Days of Activism against Gender Violence.

However, some of us are weary of talking, explaining and marching – I just came back from a long march and rally. Last week, a video clip of a man struggling for control of some power cables with a female PHCN official was all over social media. Just as I was starting to sympathise with the angry fellow, who was complaining bitterly of being treated unfairly, with an allegation that he had lost a child due to something PHCN had done, he promptly declared that he was going to rape the stubborn PHCN woman. Then he proceeded to drop his trousers in broad daylight. The woman promptly let go of the cable and moved away. People said the man was mad. I don’t think he was mad. Frustrated, angry, but not mad; he knew exactly what he was doing. He resorted to the one weapon he knew he had to ward off this difficult woman – his penis. It was very effective. To the best of my knowledge, he was not arrested for indecent exposure or sexual harassment. He is still walking around, waiting for another opportunity to unleash his weapon of choice on any woman ‘foolish’ enough to cross him. It speaks volumes about our current rape culture and our level of tolerance for it.

We need a State of Emergency declared on sexual violence in Nigeria. We want accountability. We want justice and severe punishments. We need systems that work not the kinds of chronic dysfunctions we have in most of our institutions now, rendering them virtually useless. We deserve trained and sensitive police officers, skilled medical professionals, well-resourced and committed front line service providers and a judiciary that is fair and sticks to the rule of law and not personal prejudice. We need functional Sexual Assault Referral Centres in every state of the country, and every woman and child who needs help must be able to call someone who can respond. We would like to see law enforcement officers, who will fight for justice for every victim and not be the ones enabling a culture of impunity to thrive. We require skilled professionals to provide psychosocial support to survivors and not freelancers, trying to fill in the gaps. We need shelters to keep vulnerable women and their children safe. I want to watch episodes of SVU and derive joy in the fact that the same services will be provided to a woman in the remotest community in my state.

READ ALSO:http://Wenger opens up on Arsenal

Speaking of communities, one of the many good things SVU has going for it is the way they showcase the role of the community. Victims do not just show up in a vacuum. There are people around them, who failed them by looking the other way, and not taking responsibility till it was too late. On the other hand, many survivors got the support they needed from family and friends to help rebuild their lives. As we continue to deal with the sexual violence pandemic in Nigeria, I hope we can all be more aware of the roles we can play and the choices we have. Do we want to be enablers? Or do we want to be part of a lasting solution? If we want the latter, we urgently need that State of Emergency on Sexual Violence now. Keep on going SUV. One day, the rest of us will catch up.

• Bisi Adeleye-Fayemi is a Gender Specialist, Social Entrepreneur and Writer. She is the Founder of Abovewhispers.com, an online community for women. She can be reached at BAF@abovewhispers.com

NFF must come out clean on Rohr’s allowance, says Erico