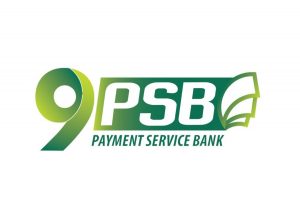 The company got the nod of Nigeria’s apex bank, CBN to operate USSD code-powered service bank which is aimed at the rural areas in the country and capture the majority of those without bank accounts.

“It is a great honour and responsibility to announce the launch of 9PSB, which is a financial institution committed to raising the bar in financial inclusion and literacy to many Nigerians currently excluded from financial services,” CEO Branka Mracajac said at the launch.

According to her, 9PSB will fund financial services in Nigeria by providing creative and market-driven solutions and address the need of the financially excluded in the country.

9PSB joins others like MTN, operators of MoMo mobile money in the jostle for the pockets of Nigerians who have been without bank accounts.

About 37 per cent of Nigerians are without any bank account, as per CBN’s Director of Banking and Payment Systems, Dipo Fatokun.

Fatokun admitted that the CBN has failed to drive banking services in the country, especially in the rural areas.

“We have not done much. At the last count, we are just 37 per cent. A lot of work needs to be done,” Fatokun said recently.

“We made a commitment in Mexico then to reduce the number of unbanked to at least 20 per cent by 2020, then in 2010, we observed that over 46 per cent of bankable Nigerians didn’t have access to financial services.

“This was a major concern to the CBN and we made a commitment that in 10 years’ time, we would reduce the figure too far below 20 per cent,” Fatokun said.

The telcos are taking advantage of this laxity by CBN to furrow into the banking sector as CBN concentrates on extricating the country from the jaws of recession and looming hyper-inflation.

Experts believe that the traditional banks have a lot of catching up to do in terms of innovation.

The telcos, whose main businesses are sales of airtime, may soon take the air off their sail because part of their business has been taken over by them,” Chijioke Ibekwe, a financial analyst said.

Ibekwe said that many have advocated – and protested to the CBN – that banks have no business selling airtime because they are destroying the livelihoods of many vendors who sell them.

“I have said many times that banks in Nigeria should hand off the sale of airtime. They are destroying – and have succeeded to a large extent in destroying – the business of many vendors.

“In the early days, when GSM services became available in Nigeria, many Nigerians were dealing in sales of airtime from where they make a living,” he said.

According to him, with telcos joining the banking sector now, banks who sell airtime have limited time.

“These telcos which now operate banks may now withdraw their services from the banks and use their agents instead,” Ibekwe said.

Before many of the banks have been experimenting and toiling with the idea of operating mobile banking services for a long time.

Last year tech companies like Google and Facebook announced elaborate plans to start offering banking services in select countries. This has further cut into the market share of most conventional banks.

This year, WhatsApp, owned by Facebook, began a payment feature on their platform, a move the company said it would roll out worldwide in 2021.

How Nigeria can emerge from the recession in Q1 2021, by Emefiele