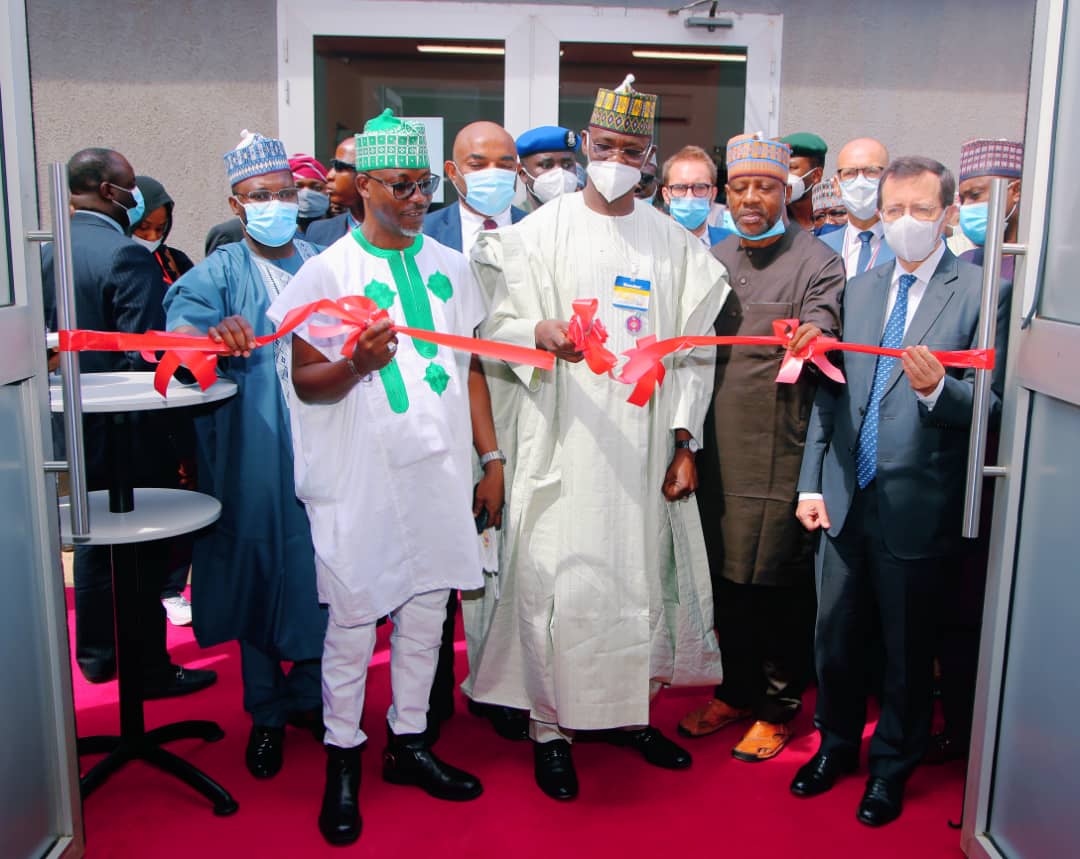 Governor Abdullahi Sule of Nasarawa State has commissioned a 300 capacity cinema, the largest in the country, as well as the entire West African region, built by a French company, Canal Olympia.

While commissioning the facility, the governor appealed to other French investors coming to Nigeria, to see Nasarawa State as investment destination.

He said his administration was doing everything possible to make Nasarawa State an investment destination, that is not only compatible but peaceful, in order for investors have return on their investments.

According to the governor, every investor is looking for market and Nasarawa State has lots of aspiring young people, who are the market for new technology, as well as competitive labour.

He therefore urged the French Ambassador to Nigeria, to persuade French investors coming to Nigeria to come to Nasarawa State.

He explained that his administration has just completed the 20km road to Farin Ruwa,  in Wamba Local Government Area, where the government is working hard to create a film village, to attract the movie industry to the state.

“We do have a policy to support film makers in Nasarawa State because we believe it’s a source of empowerment for the youth, as well as promote our culture and tradition,” he stated.

The governor used the opportunity to show appreciation to President Muhammadu Buhari  as well as Vice President Yemi Osinbajo, for their foresight and continually seeing the future of Nigeria, by actually creating the environment for the music and film industry to thrive.

He expressed satisfaction, that having worked hard to attract investors to the state,  the effort has continued to bare fruit, especially at a time when knowledge is being used more than mineral resources.

Governor Sule equally thanked the French Ambassador and the Canal Olympia, being the investors for choosing Nasarawa State as destination for their investment.

Earlier, in a welcome address, Executive Director, National Film and Video Censors Board, said the Canal Olympia, which has 300 sitting capacity, is the largest cinema in the entire West Africa, with a stage for performance and open space with 5000.

He disclosed that the ease of doing business policy of the Federal Government made it possible for French investors who came to the country as part of the French President’s entourage, to invest in Nigeria and Nasarawa State in particular.

He equally commended the Etsu Karu for being accommodating.