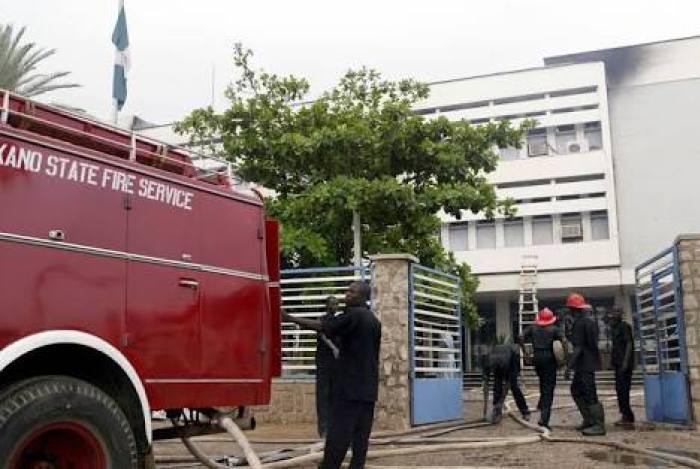 Alhaji Saidu Mohammed, the spokesman of the service, who confirmed the incident to the News Agency of Nigeria (NAN), said that the fire started at about 6. 15 a.m.

“We received a distress call at our station in Dawanua today (Friday) from one Aliyu Mansir at about 6.15a.m that there was a fire at Muletara roundabout.

“Upon receiving the information, we quickly sent a fire truck to the scene at about 6.58 a.m to bring the situation under control so as not to affect other shops,’’ he said.

He said that the cause of the fire was still being investigated. (NAN)