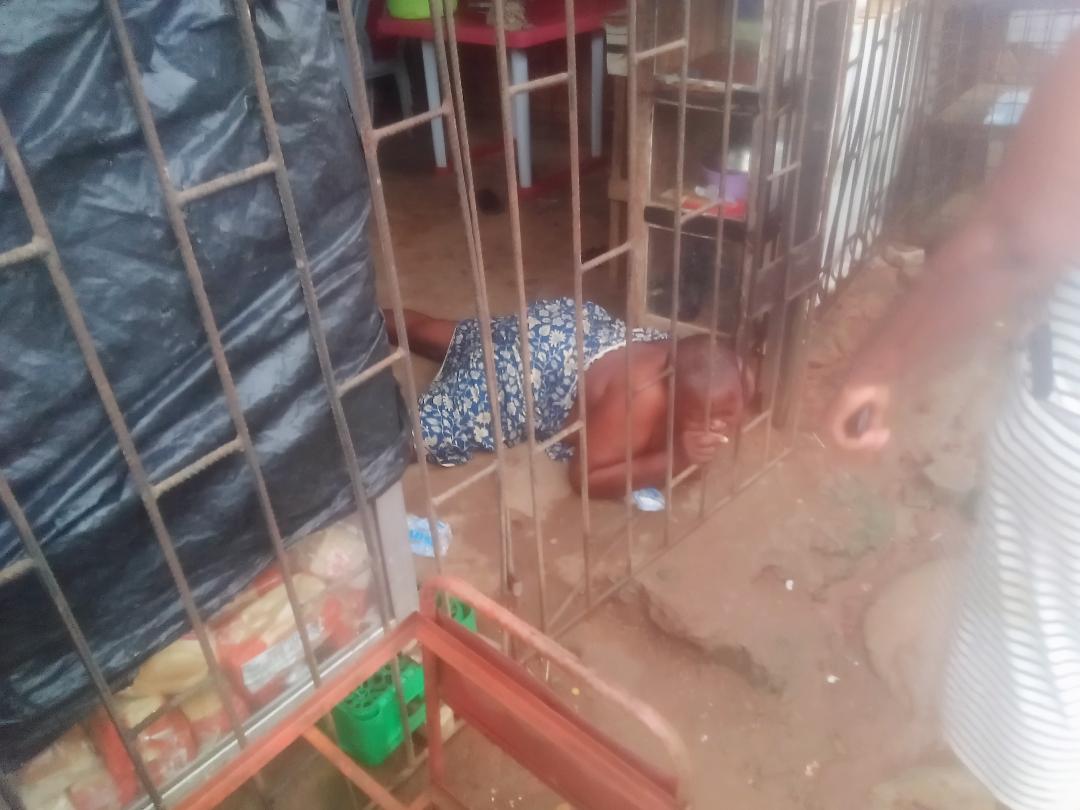 A food seller, Mrs. Florence Imoh, 58, was electrocuted at her shop at Ikotun, a Lagos suburb in Igando/Ikotun Local Council Development Area, early on Monday morning.

A News Agency of Nigeria correspondent reports that Imoh was discovered by neighbours early on Monday morning lying dead in front of her shop located at 12, Shosanya Street, Ijegun road in Ikotun.

Imoh’s neighbor, Mrs. Mercy Alomona said she woke up to see the lifeless body of the woman clinging to the metal gates of her shop at around 6:30 a.m.

Alomona said that the neighbours later discovered that Imoh’s death was due to a naked wire that supplied electricity from the electric pole that linked the building.

“Mama Chikodi as Imoh was fondly addressed, was trying to open the iron gate of her shop without noticing the contact and got electrocuted,’’ Alomona explained.

Another resident, Mr. Sodiq Bello, said there was improper electrical  wiring to the building where the woman died.

“We have searched for the cause of the death, and we noticed that a naked wire was resting on the metallic sides of the roof, which had transmitted to other metallic objects in the shop.

“The building has an electrical defect.

“She was trying to come out from the entrance of the shop when the incident happened.

“Mama Chikodi works and sleeps in the shop. She assists her younger sister in cooking and selling food early morning,’’ Bello said.

In a telephone interview, the District Police Officer, Isheri/Osun Police Station, SP Rafiu Akinlade, said the police was notified of the incident.

Akinlade said: “we have been informed and I have called Ikeja Electric about the development, and they have switched off the electricity in the area; this is to allow us evacuate Imoh’s body.

“I have also directed my officers to go to the scene of the event from where the body was evacuated.”

He said that the incident happened due to lack of insulator protector in the building, and was worsened by the rain.

“If the building had an insulator, the insulator would have absorbed and protected the residents from any danger

“Residents need to be careful and be vigilant, especially during and after rainfall.

“When it rains, it is advisable to avoid touching iron or metal object,’’ the DPO said. (NAN)