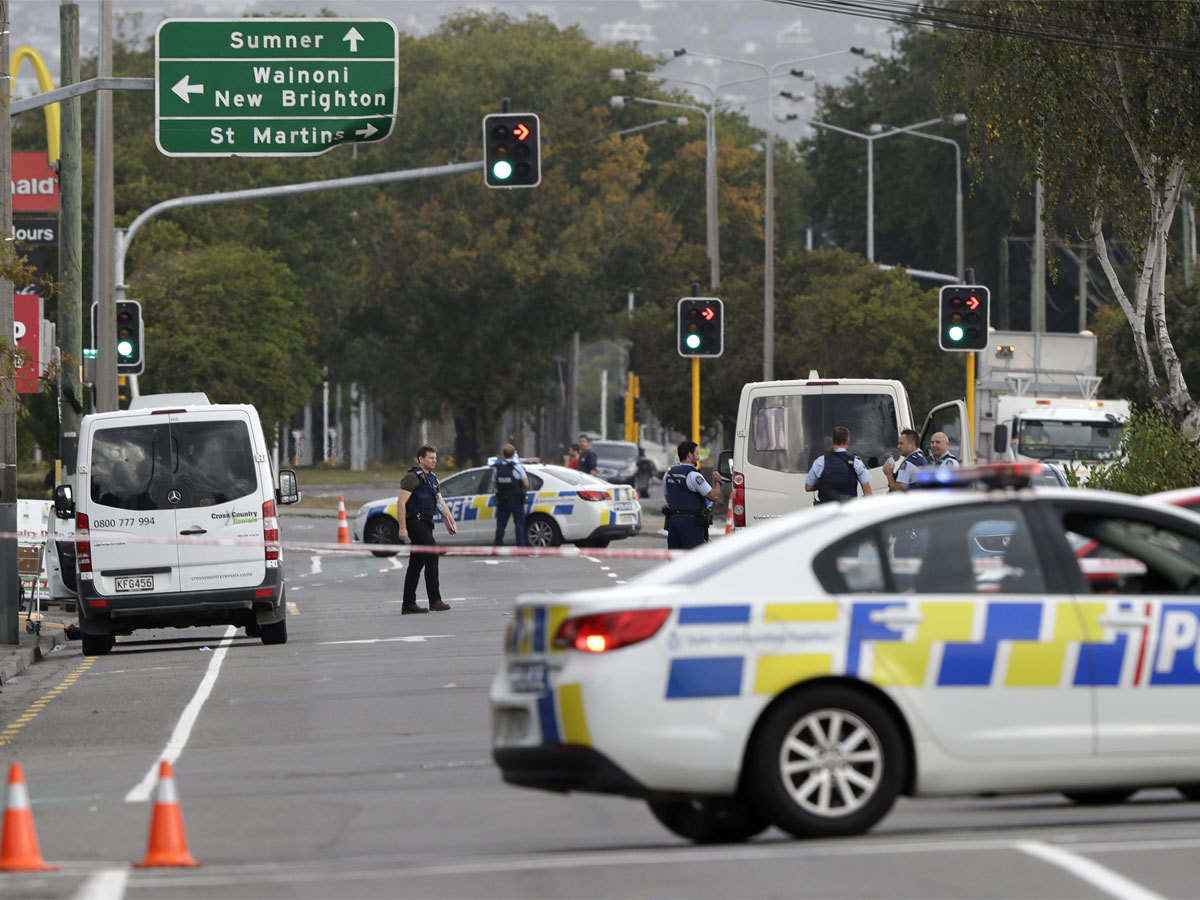 A gunman killed 49 people and wounded more than 20 during Friday prayers at two New Zealand mosques in the country’s worst ever mass shooting which Prime Minister, Jacinda Ardern, condemned as terrorism.

A gunman broadcast live footage on Facebook of the attack on one mosque in the city of Christchurch, mirroring the carnage played out in video games, after publishing a “manifesto” in which he denounced immigrants.

New Zealand was placed on its highest security threat level, Ardern said.
It added that four people in police custody, three men and one woman, held extremist views but had not been on any police watchlists.

The visiting Bangladesh cricket team was arriving for prayers at one of the mosques when the shooting started but all members were safe, a team coach said.

Police Commissioner Mike Bush said 49 people had been killed at two mosques and one man in his late 20s charged with murder.

“It is clear that this can now only be described as a terrorist attack,” Ardern said.

The video footage widely circulated on social media, apparently taken by a gunman and posted online live as the attack unfolded, showed him driving to one mosque, entering it and shooting randomly at people inside.

Worshipers, possibly dead or wounded, lay huddled on the floor, the video showed. Reuters was unable to confirm the authenticity of the footage.

One man who said he was at the Al-Noor mosque told media the gunman was white, blond and wearing a helmet and a bulletproof vest.

The man burst into the mosque as worshippers were kneeling for prayers.

“He had a big gun … he came and started shooting everyone in the mosque, everywhere,” said the man, Ahmad Al-Mahmoud.

He said that he and others escaped by breaking through a glass door.
All mosques in New Zealand had been asked to shut their doors, police said.

The killings were condemned by political and Islamic leaders across Asia.

“Indonesia strongly condemns this shooting act, especially at a place of worship while a Friday prayer was ongoing,” Foreign Minister, Retno Marsudi, said in a statement.

She was earlier cited by media as saying six Indonesians had been inside one mosque when the attack occurred, with three managing to escape and three unaccounted for.

Muslims account for just over one per cent of New Zealand’s population, a 2013 census showed.

Before Friday, New Zealand’s worst mass shooting was in 1990 when a gun-mad loner killed 13 men, women and children in a 24-hour rampage in the tiny seaside village of Aramoana.

He was killed by police. (NAN)