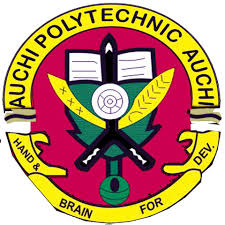 Four Hundred and Eighty-six (486) graduating students of Auchi Polytechnic, Edo, have made distinction, equivalent of first class, during the 2016/2017 and 2017/2018 academic sessions.

He said that 382 of the distinctions were achieved in the Higher National Diploma programmes.

He said the total of 486 students who had distinction would be among the 28,000 graduating students to be awarded their certificate on Saturday.

He noted that the institution had become a pathfinder for other institutions in the attainment of cutting edge technology driven education in Nigeria, hence, its recent ranking by the webometrics as the best polytechnic in Nigeria.

The News Agency of Nigeria (NAN) reports that Webometrics is the body that does web ranking of world universities in the area of study of quantitative aspects of construction and use of information resources, structures and technologies.

The Rector said graduates of the institutions had been trained using the best teaching acceptable practical technological methodology available worldwide and “they can defend their certificates anywhere in the world.

“Management has developed our staff to have cutting edge knowledge and skills in teaching methodology and information technology acceptable anywhere in the world.

“Every staff has become information communication Technology compliant in line with global trend that have ensured that our students are now world class marketable products.

“It was because of this feat that webometrics recently named Auchi polytechnic as the best Polytechnic in the country,“ he said.

Jimah said Prof. M. Rilwan, a professor of environmental studies, Ambrose Ali University, Ekpoma, would on Friday, deliver the convocation lecture entitled: “The environment and Man. Prospect and challenges in the future”.

He added that management would similarly honour Rev. Mathew Okpewholo, chairman and managing Director of Ray Royal Construction Company, with the institution’s fellowship award for his selfless service to humanity.

Speaking further, he said social negative vices had become alien in the institution “as no one dares to indulge in such act without being found out and appropriately sanctioned.”

“When we came on board in 2017, because we were determined and willing to cleanse the Augean stable, ground rules were set for both staff and students.

“While 32 lecturers found wanting were sanctioned by the federal ministry of education in the form of dismissal, demotion, termination of appointment and warning.

“Management is ready to tackle and completely wipe out corruption from the system.

“It may also interest you that four female students alleged to have made sexual advances to lecturers for marks were expelled when they refused to appear before the students’ disciplinary committee.” he said.

On infrastructure development, he said his administration through prudent management of resources completed the construction of a 250 twin capacity lecture theatres and a complex that houses six departments in the new sites that would be inaugurated on Saturday.

The Rector added that 51 of the running 66 programmes had been accredited while approval was being awaited for the remaining 15 programmes, expressing optimism that they would be accredited.

He disclosed that management had applied to its supervisory agency, the National Board for Technical Education, seeking approval to introduce eleven new HND and ND programmes in line with emerging technological educational advancement in the world.