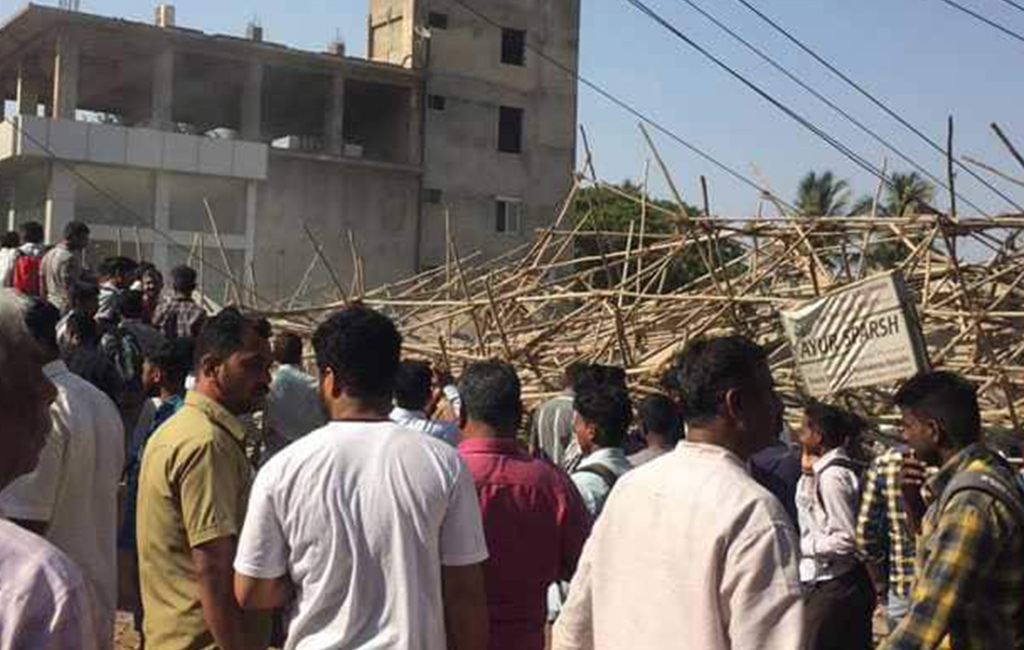 The death toll in a building collapse in a southern Indian town has risen to four, with more people still feared trapped, police said on Wednesday.

The three-storey building in the town of Dharwad in southern India’s Karnataka state collapsed while under construction on Tuesday, burying dozens of people, most of them workers at the site.

“Rescue operations are continuing as we have to remove the rubble very carefully to find people who may still be trapped,’’ an offical at the police control room in Dharwad said.

Four bodies have been found and 46 injured people are being treated in hospitals.

The police official said as many as 30 people could still be trapped under the rubble.

A team from the National Disaster Response Force was working at the site along with police and fire department officials.

An inquiry by a magistrate has been ordered into the cause of the collapse of the building, which houses a complex of shops.

“Some shops on the first floor had been open while the construction was ongoing,’’ the local Deccan Herald newspaper reported.