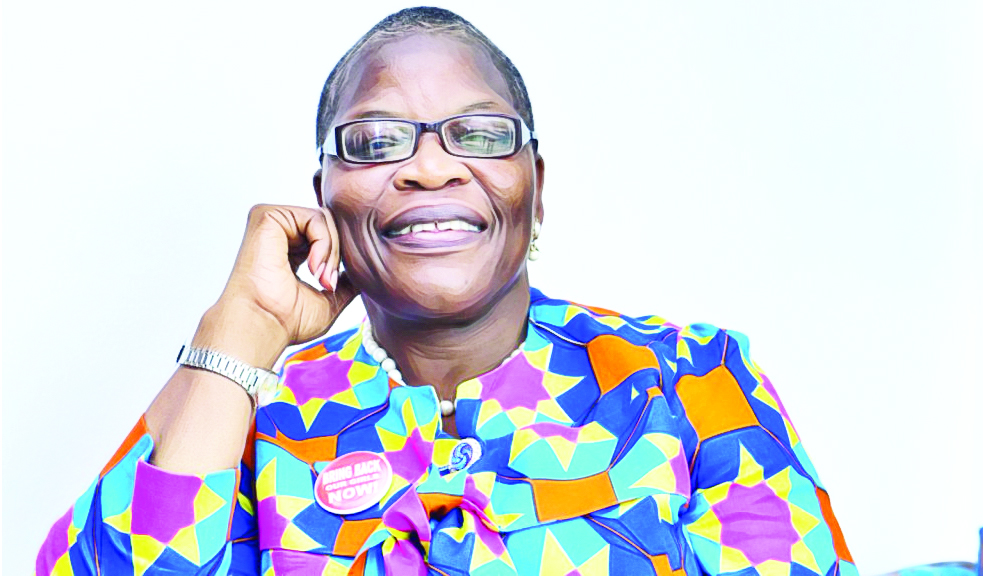 In Nigeria, a country believed to have a population of about 200 million people, with about half of them women; it beats one’s imagination that as we write today, no single female politician has indicated ambition to be president of the country in 2023. It has not been this bad.

At least, in the recent past during the current democratic dispensation, towards the 2019 general election to be precise, a former Minister of Education, Dr. Obiageli Ezekwesili, made bold to declare an ambition to be president, aiming at truncating President Muhammadu Buhari’s second term in office. She declared her ambition to contest the 2019 presidential election on the platform of the newly formed Allied Congress Party of Nigeria (ACPN).

Disturbingly, however, at the eleventh hour, when all eyes were on her, as one of the serious contenders, who could give her male counterparts in the race the run for their money, she withdrew from the race, leaving a lot of tongues wagging in disbelief. Not a few people were disappointed because of their belief that, with the antecedent and pedigree of the woman of substance, popularly called ‘Madam Due Process,” Nigeria would experience the desired change envisaged in the political and economic sphere of the country.

In the Third Republic, during the era of the decreed two-party system, Nigeria recorded the first Nigerian woman to vie for the presidency; her name is Mrs. Sarah Nnadzwa Jibril from Kwara State.

So, in 1992, Jibril attempted to be the flag bearer of one of the two decreed political parties, the Social Democratic Party (SDP), but failed as he lost to her male counterparts in the party during the keenly contested primaries where she came fourth. Known for being an unbowed democrat, Jibril didn’t lose hope, as she fought on with more vigour. So, in 1998, Jibril gave the idea to become president another shot on the ticket of the newly formed Peoples Democratic Party (PDP).

In 2003, Jibril defected from the PDP where she had only been an aspirant, and joined the now-defunct Progressive Action Congress (PAC), which elected her as the party’s presidential flag bearer. Therefore, she made history as the first Nigerian woman to legitimately attempt to win the presidency of Africa’s most populous country, as her name appeared on the ballot paper in the general election that year.

Like President Muhammadu Buhari, Sarah Jibril also tried four times (she attempted 2011 poll too), to be president, but unlike Buhari who eventually succeeded, she never did.

When talking about women, who dared men in political contest, the name, Major Moji Obasanjo of the blessed memory would come to mind as a female presidential candidate who aspired to unseat and replace her husband, Chief Olusegun Obasanjo in Aso Villa during the 2003 general election in Nigeria.

The strong woman founded a political party, the Masses Movement of Nigeria (MMN), of which she was the founder, leader and presidential candidate. In an interview with this reporter, the then retired Major in the Nigeria Army insisted she wanted to go down in history as the first wife of a president that unseated her husband from power. She insisted on going ahead with the election in 2003, even when her husband and sitting president, Obasanjo, had secured his party’s (PDP) ticket to go for a second term in office.

Her words: “My son, don’t you see it would amount to an insult for a potential next president like me to settle for the office of the First Lady?” adding jocularly, “I would rather be president and create the office of the ‘First Husband’ for him to occupy.”

At the end of the election, Olusegun Obasanjo won and Moji Obasanjo cried blue murder, saying the election was massively rigged by the ruling PDP and its agents. The MMN boss could not believe how the masses of Nigeria, who wwre in the majority in the country, and who gave her their votes en masse lost the election.

Even in 2019, apart from Dr. Oby Ezekweisili, no fewer than five women voiced out their aspirations to send President Buhari out of office and replace him, as the president. Though their aspirations have become part of history, they, at least, made attempts to contest the coveted office. Their efforts were clear testimony that some women are still of the conviction that, they are not to be confined into the kitchen. Their major manifestos were targeted at mass employment for the people, especially the youth; poverty alleviation, raising the standard of living, ensuring the security of lives and property and care for the vulnerable like the orphans, widows and people living with one form of disability or another.

These women are well educated and eminently qualified to be president. They, to say the least, are women of substance in society. They were well exposed and widely travelled.

But less than two years to the next election, the political field cannot boast of any formidable female contestant in a country where competently qualified women of timber and calibre are not in short supply.

In Nigeria of today, the country can boast of eminently qualified females, who could hold their heads high among other female politicians across the globe. The example that readily comes to mind is Nigeria’s former Minister of Finance, Dr.  Okonjo Iweala. She is as qualified and in the same league with the Liberian former strong woman, Ellen Johnson-Sirleaf, who was the first elected female president on the continent of Africa between 2006 and 2018.

But it is disturbing that Nigeria, reputed to be the giant of Africa, cannot boast of an elected female governor not to talk of an elected president whereas some women politicians in some African countries have had female presidents either directly elected or in acting capacity.

A few names would suffice to buttress this point.

In an article written by one Adowa Ohemeng and edited by Ntama Bahati, unveiled some women presidents across the African continent with their correct designations, debunking the notions that, African women are always known for struggles without triumph!

Female Heads of Government across the globe

Outside the continent of Africa, women have been competing favourably with their men counterparts across the universe from time immemorial. A couple of them would also suffice here as references.

One wonders that despite the touted overwhelming population of the women in Nigeria, none of them have come closer to becoming president in her 61 years of existence. The case was so bad Sarah Jibril issued a query to the womenfolk, asking why she had been let down by them. The query was prompted when she discovered that at an election, she was the only contestant that voted for herself.

According to reports, Jibril had been promised and expected massive support from women in her bid to become the presidential candidate of a major party. It was not the first time she had been let down and, perhaps, believed 2011 would be different if the electorate remembered that she was the first woman to contest the presidency in Nigeria.

The scenario seems to have confirmed the impression that women are their own enemies. Former Managing Director and Editor-in-Chief of the rested Concord Newspaper, Dr. Doyin Abiola, in her goodwill message at an event in Lagos sometime in the past expressed the belief that women are their own enemies. The doyenne of journalism was reacting to a case where an all-women organisation was soliciting support of their folks for female aspirants to some public offices.

The lamentation that the womenfolk were not forthcoming with their support and assistance prompted Dr. Abiola to lament that the women had not been ardent supporters of their own, urging a change of heart if they really wanted to see women at the position of authority.

Tracing the root cause of the women not doing well in Nigeria’s politics, a lawyer and convener of an all-women non-governmental organisation (NGO), Standup for Women Society (SWS), Mrs. Abosede Deborah Ijadele-Adetona, blamed the African Culture that confines women to the background for the sad scenario.

A cleric, Sheikh Ibrahim Al-Haly, also admits that religious factors also contribute to the backwardness of women in politics, reminding that in the scriptures, men are said to be the heads of the family while the women are supposed to be submissive to them.

This, according to him, also has multiplier effects on women’s finances. He added that since they sort of need to seek and get permission from their husbands to take any action, hardly could they rise above their husbands, financially.

“And with the highly monetised politics in Nigeria, it will take time for a Nigerian woman to get the required financial muscle to compete with men in politics to the extent of becoming the president in Nigeria,” the cleric submitted.

However, since 24 hours is still very long a period in politics, women politicians in Nigeria could still spring a surprise before electioneering commences for 2023 polls.