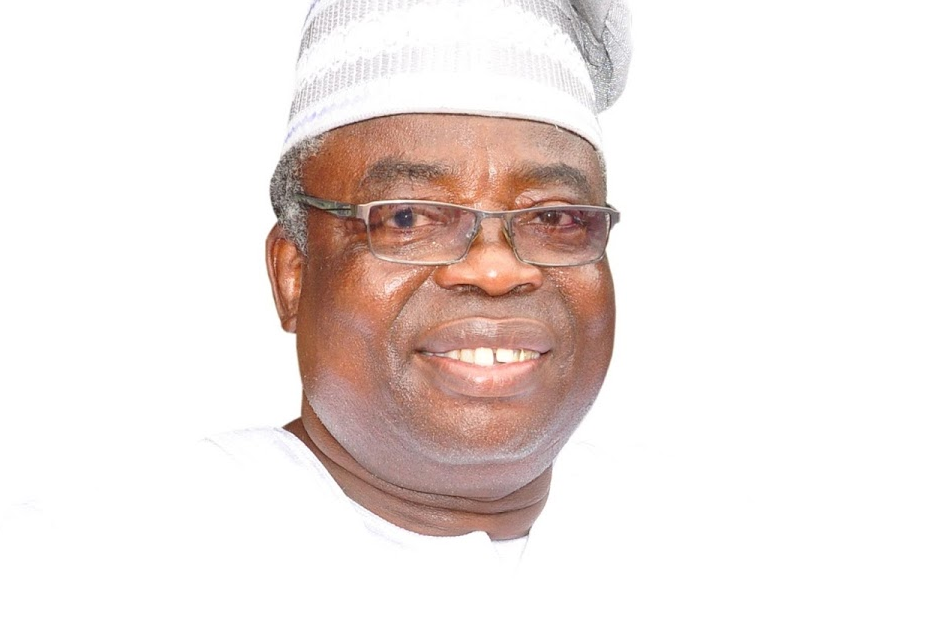 Chief Kamarudeen Lanre Mabadeja (KLM) Razak is a chieftain of the All Progressives Congress, APC. The Epe, Lagos State-born High Chief is also a strong member of the Governor’s Advisory Council, GAC, in the state.

In this interview with RAZAQ BAMIDELE, KLM, who was a former Commissioner for Public Transportation critically assessed the qualities and contribution of former Lagos State governor, Asiwaju Bola Ahmed Tinubu, to nation building and declared that 2023 presidential cap fits his head. According to him, with Tinubu’s quantum selfless services to humanity and nation building vis a vis restoration of full democracy to the country, he may be dragged into the presidential race, even if he refuses or fails to declare ambition voluntarily. Razaq also commended President Muhammadu Buhari for a job well done just as he expressed confidence that Governor Babajide Sanwo-Olu would not disappoint Lagosians.

How do you feel about the current state of the nation generally?

Having unbroken democracy for 20 years is a thing for celebration. It is a thing of joy and I am very happy about it. And I believe that Nigerians are very happy about it. And when you are happy about something, what comes to your mind is about those who are responsible for the actualisation of the laudable feat. What come into mind quickly are the principal actors. Of course, our own Senator Bola Ahmed Tinubu stands in the forefront. You see, merger has never worked in this country. But for Asiwaju to proffer a mechanism, a platform that made the merger to succeed, he deserves commendation. What he brought to bear is unequalled sacrifice, high level patriotism, unrivalled commitment, genuine dedication and belief in one solid Nigeria. And that is Tinubu for you. His own political party then, the Action Congress of Nigeria, ACN, was the senior partner in the merger. He sacrificed a lot for the merger to succeed. And having done that, it is crystal clear that he put his personal interest aside and worked for the larger interest of Nigeria. And on that ground, we should show appreciation, we should show love and we should show commitment to him.

Others also played formidable roles in the feat. Yes, Muhammadu Buhari was part of the merger and he is the major beneficiary of the arrangement as the President of the country. This was so because of his integrity and past record. We know him that he would do a better job. So, it is not surprising that Buhari is doing a better job in Nigeria for humanity and for Nigerians both home and abroad. In fact, I am so proud of him.

But the most important personalities, who played important and sacrificial roles, are Tinubu and Muhammadu Buhari. 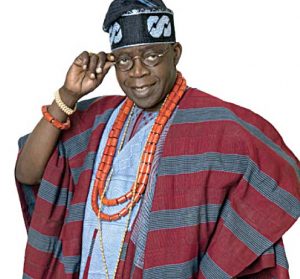 What is your assessment of President Buhari’s first term in office and what do you expect of his administration this second term?

And more importantly, our transportation system would also be looked into for development to the next level.

What about the current security challenges facing the country?

Yes, we all know that there are security challenges that some people are creating so that they can bring down the government of President Buhari. But I can assure you they will fail woefully because Nigerians are conscious of what is happening. And those who are responsible for the insecurity would pay dearly for their unpatriotic actions. The President has assured us and he has put in the place mechanism to address the issue and run after those who are bent on destroying this country by undermining our security arrangement. They are seriously working round the clock so that Nigerians can go to sleep with their eyes closed.

In your estimation, is his fight against corruption still on course

My take on corruption may look different. I appreciate Muhammadu Buhari’s fight against the monster.  But there is no way you can stop any war without stopping the cause of the war. The question is what are the factors responsible for promotion of corruption in this country?

The take home of workers is not good enough to meet their personal needs. So, we need to address that. N30,000 per month, yes, is a lot of money. But that is not why workers in this country should think they are earning good money. It cannot meet their need! It is either we improve seriously on the economy and improve seriously on the social amenities to the workers; the money cannot be enough for their daily needs. If they don’t have to pay school fees, if the public transportation is very good, if power supply is not erratic and they would not have to buy fuel to generate their own light, then, that money is good.

Then, government needs to look into all those things and I am happy Buhari has assured the nation he would do that. He promised to improve on energy and power, rail and transport system and equally ferry and roads so that we can synchronise all means of transportation for the benefit of Nigerians. That is very important and I think we need to do that quickly.

Are you comfortable with Governor Babajide Sanwo-Olu’s first few days in office?

I am very comfortable the way Sanwo-Olu has hit the ground running. So, we just have to support him and assist him with prayers. The way he has started is a signal that he is going to be successful.

Do you have any agenda for him?

The party has an agenda for him. And he is a party man. He will follow the agenda religiously and we will get the best out of what we need. I was part of those, who discussed it. I am a member of the Governor’s Advisory council, GAC, and it would not be reasonable of me to come out and advise him in the media when I have opportunities to talk to him.  And he is a listening governor. May God protect him. We will enjoy him. He will not disappoint us. He will do very well.

Are you aware of Asiwaju Bola Ahmed Tinubu’s 2023 presidential ambition? If yes, what is your take on it?

Let me tell you one thing. Bola Ahmed Tinubu is eminently qualified to be the President of this country. He had contributed and still contributing immeasurable quantum of services to this country.

Some of us would drag him into the race in 2023 even if he fails or refuses to show interest because we know the magic he performed in Lagos as governor. We want such a magic to be replicated at the federal level as president. And if that happens, Nigeria will be better for it.

And while in the South-West, Bola Ahmed Tinubu is eminently qualified and I will be too happy to go to every nook and cranny of this country to campaign for him because I know he will perform.

Where do you expect Nigeria to be after Buhari’s administration in 2023?

We have told you, Nigeria would be at the high position of development in the next level and that Bola Ahmed Tinubu, with his financial engineering capacity would take it higher beyond that.

Oluwagbemi Colloquium-Stakeholders make a case for the Safety Act