2023: Tinubu, not a regular election merchant like Atiku, others, says APC chieftain 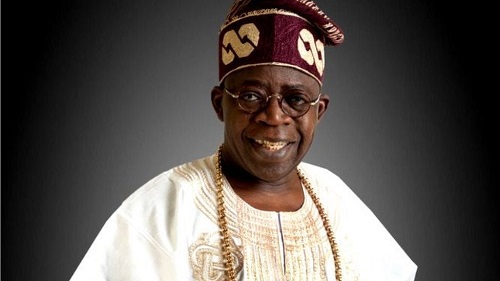 National Vice Chairman, North West, of the ruling All Progressives Congress (APC), Mallam Salihu Mohammed Lukman, has described as ‘brighter’, the chances of the party retaining the presidency in 2023, saying APC’s presidential candidate, Asiwaju Bola Ahmed Tinubu, towers far above his competitors because he is not a “regular election merchant”.

Speaking in an interview, in Abuja, Lukman said although he would never disparage any of the presidential candidates, only Tinubu has not been on the ballot since 2023.

He added that the fact that Asiwaju Tinubu has been consistent in sticking to one party lends credence to his trustworthiness.

While a former Vice President Atiku Abubakar is the standard bearer of the People’s Democratic Party (PDP), Mr. Peter Obi, is of the Labour Party (LP) and Alhaji Rabiu Musa Kwankwaso is of the New Nigeria Peoples Party (NNPP).

According to the former Director General of the Progressive Governors Forum PGF, for APC to win in 2023, the party needs to “review and look at what we promised between 2015 and 2019″.

“What are the gaps and there are gaps that exist. What is it that needs to be done in order to address those gaps? In addition to that, what are the new challenges?” he asked.

According to him, APC must prepare the campaign in such a way that there are answers to these challenges which Nigerians can see and can commit themselves to.

“I raised the point of the candidate not being on the ballot since 2003 on a positive note, to demonstrate that he is not one of those I called election merchants.

“He is not an election merchant and he had every reason to have aspired in 2007, 2011, 2015 and 2019; he had every reason, he didn’t aspire but he engaged politics differently in a way that produced positive outcomes in a different way. That cannot be said of the other candidates, whether Atiku Abubakar, Rabiu Kwankwaso or Peter Obi.

“Of course, I will not descend to the level of challenging their competencies, they may be competent, but in terms of personal integrity and personal trustworthiness, our candidate is about the only one together with the running mate that have not changed their political parties on account of aspiring to contest for election. Which means they are people with some level of consciousness and integrity.

Want to avoid having hypertension, cancer, diabetes, then take…

“And what that means is that trust can be invested in them more than people who when they don’t get what they want in a particular spot, they move to another place. Now for me, these are the issues to highlight.

“And we are ready to debate it as a party with anybody. Not the other issues about health challenges and what have you, or things that cannot be verified. These ones I mentioned, you can verify them. So I think these are some of the points.”

When asked how the APC intends to campaign and convince Nigerians in 2023, Salihu continued, “Life is about challenges. Those challenges exist, no doubt about it. But I think my response to it is that we will be honest, and we will open ourselves to engagement because democracy is a two-thing.

“Many of the deceptive propaganda being sponsored by opposition to APC is that the solution to the problem lies outside APC. Let nobody be deceived that APC is the problem, APC is not the problem.

“Yes! There are challenges that we are facing today which emerged while APC is in government. My pride is that our leaders are not in denial of those challenges unlike in the past.

On the competitive edge Tinubu has over other presidential candidates, Salihu said: “No doubt Atiku, Kwankwaso, Peter Obi are respected people in politics.

“I will not toe the line of dismissing them. But like I said, in terms of edge and in terms of campaign, the advantage our candidate has is that he’s not a regular election merchant.

“The last time he appeared on the ballot was in 2003. Unlike the other candidates you mentioned, he has never left the party for any other party. Which for me means some higher level of integrity and trust worthiness.

“Now it is up to Nigerians to make their conclusion. That does not stop Nigerians from making choices they want, democracy is about making choices, but our business as a political party and political leaders is to promote our candidate and engage the competition in a way that people acknowledge and recognise their differences.

“When I talk of our candidate not being an election merchant, he also has another advantage, he has been on the advocacy platform, even before democracy. The other candidates were not there,” he added.