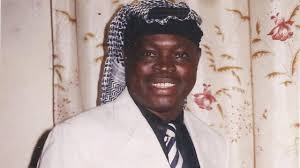 The Muslim Rights Concern (MURIC) has said that for fairness, justice and equity, the next Yoruba presidential ticket must go to a Yoruba Muslim.

Apparently reacting to an alleged plan by former President Olusegun Obasanjo to draft the current president of the African Development Bank (ADB), Dr. Akinwunmi Adesina, into the 2023 presidential race, MURIC noted that whereas three Yoruba Christians had occupied Aso Rock Presidential Villa, no single Yoruba Muslim has held the post of president or vice president since independence.

MURIC Director, Prof. Ishaq Akintola, said in a statement, on Tuesday: “Ex-President Olusegun Obasanjo is reportedly making attempts to draft the current president of the African Development Bank (ADB), Dr. Akinwunmi Adesina, into the 2023 presidential race. We object to this move. Obasanjo wants to waste all the efforts put in place by the Nigerian government to get Dr. Akinwunmi Adesina to that continental position.

He said the organisation believes that another Yoruba Christian presidency would usher in another opportunity for Christian hegemony and the marginalisation, stigmatisation, repression and persecution of Yoruba Muslims.

“Let Obasanjo tell us how many Yoruba Muslims were ministers in his administration.

“Even in Kwara State which is also a predominantly Muslim territory, Obasanjo picked two Christians as ministers (Cornelius Adebayo and Funke Doyin), but he could not extend such ‘luxury’ to Yoruba Muslims in the South West.

“MURIC rejects this grand design to keep Muslims in Yorubaland in perpetual bondage. There are many Yoruba Muslims who are eminently qualified for the post of president.

“We also believe that the interest of the Yoruba people will be best served if they will channel their grievances towards ensuring that a Yoruba man emerges president instead of pursuing a separatist agenda that may lead them nowhere,” Prof. Akintola said.