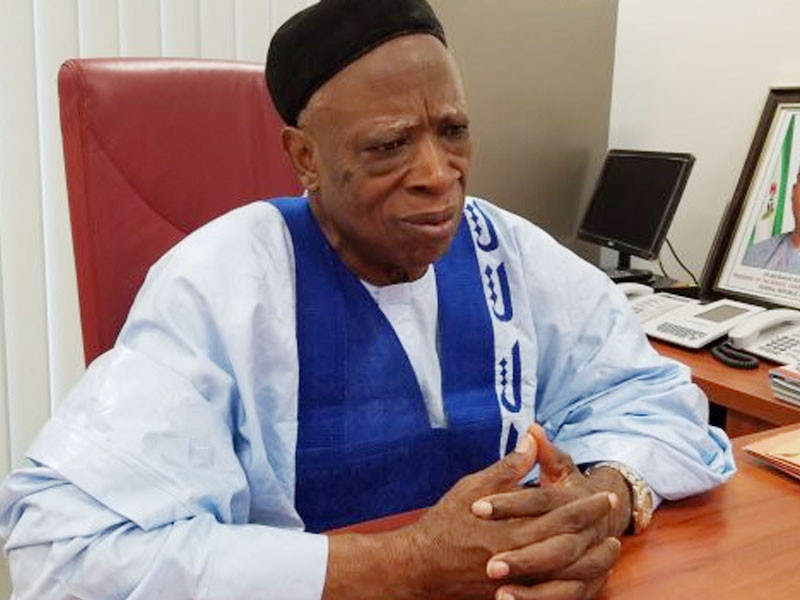 National Chairman of the All Progressives Congress (APC), Sen. Abdullahi Adamu, has said that he would never underrate the power of the opposition parties, including the Labour Party (LP), ahead of next year’s general elections.

Sen. Adamu said this while appearing on on Arise TV, on Sunday.

The APC national chairman said his experience in politics had taught him never to underestimate the powers of his rivals.

He described the National Chairman of the People’s Democratic Party (PDP), Dr. Iyorchia Ayu; and the Labour Party’s presidential candidate, Mr. Peter Obi, as people who were well grounded and mean well for the country.

READ ALSO: http://I’m yet to be briefed on outcome of Osun guber poll – APC chair, Adamu

According to Adamu, “Honestly I have never ever underestimated the capacity of my opponents, I will not do so now.

“This is not the first time I will be party chairman. I have been Secretary of the party. I have been chairman of the party at the state level I have faced elections. I have won some and lost some. I have no reason whatsoever to doubt my opponent.

“The gentleman who is chairman of PDP is a friend of mine. We have known even before we got these positions.

SACRILEDGE!!! Church is problem of Nigeria, not Mosque – APC…

I’m yet to be briefed on outcome of Osun guber poll – APC chair,…

“Peter Obi I knew him when he was governor of Anambra state, I visited him. These are people who mean well as far as I’m concerned, from their outbursts they mean well. They are well grounded. I don’t have doubts about that.

“So I have no reason whatsoever to underestimate their ability to lead their people to victory,” Sen. Adamu said.

The APC national chairman, however, boasted that his party is more organised and stands a better chance to win next year’s elections.

“I am telling you that we are better organized. We have a higher number of followership. We have got the register of members of the party, you can verify it.

“These other parties don’t have.

“I don’t contemplate any situation that will make us not to win the election in 2023.”

I’m yet to be briefed on outcome of Osun guber poll – APC chair, Adamu