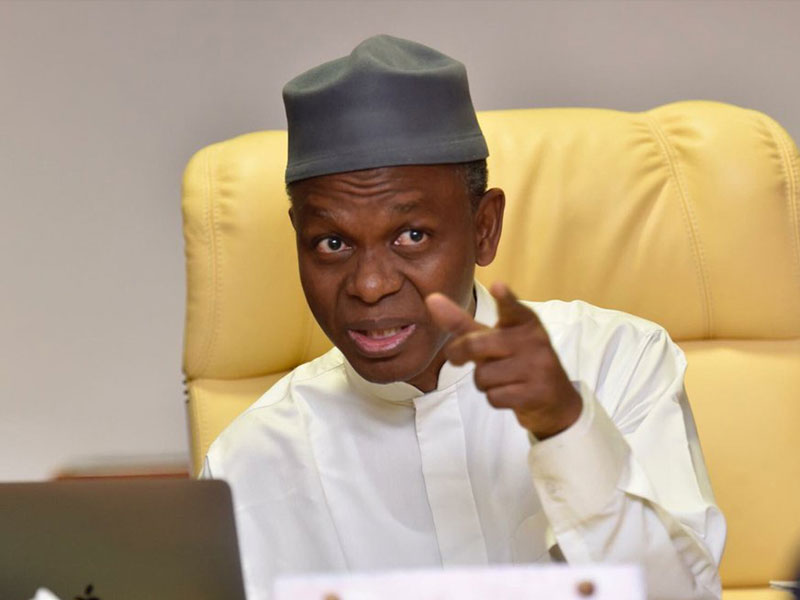 Governor Nasir el-Rufai of Kaduna State has reaffirmed his support for the Presidential candidate of the All Progressives Congress (APC), Asiwaju Bola Tinubu, ahead of the 2023 general election.

While reacting to the viral video on social media, Governor el-Rufai said the party in the state was giving Asiwaju Tinubu total support to replicate his developmental stride in as governor of Lagos State in the country come 2023.

Governor el-Rufai, on Thursday, while inaugurating the Kaduna State APC Campaign Council at the Umaru Musa Yar’ Adua Indoor Sports Hall, Murtala Square, Kaduna, pledged his unalloyed support for Tinubu, saying he was sure he would not regret supporting Tinubu.

Said he, “Asiwaju Bola Ahmed Tinubu is our candidate whom we all supported to get the ticket and we are sure we will not regret it.

“He is an experienced leader; he has shown what he can do in Lagos State, we expect him to apply the same magic formula to transform Nigeria for the better.

“Tinubu is a leader who will be just, fair and equitable to all.”

He noted that the task before the Campaign Council was to ensure total victory for the APC in the 2023 general election.

According to the governor, his administration had done a lot in the last seven and half years which had changed the narrative of governance and the advancement of the common man.

He added that the successes were achieved through collective efforts and same team would support all the APC candidates to victory, adding that a vote for the APC in 2023 would be a vote for progress and development.

Governor el-Rufai, therefore, called on party members to organise themselves and work very hard and ensure that the APC was voted from “top to bottom”.

The APC governorship candidate in the state, Sen. Uba Sani, in his address promised to carry everyone along and urged members of the campaign council to see their responsibility as a challenge and work as a team to deliver it.

Remember that you are occupying a position of trust and do not forget in a democracy power belongs to the people,” he said, adding that they should “seek out the people to vote for the party.”

He said members of the party should reach out to voters in the grassroots and work hard to ensure a sweeping victory for the party in the state as well as the presidential election.

The APC national chairman, Abdullahi Adamu, called on all candidates and members of the council to work harmoniously for the success of the party.

Abdullahi was represented at the event by the vice chairman, North-West, Salihu Lukman.