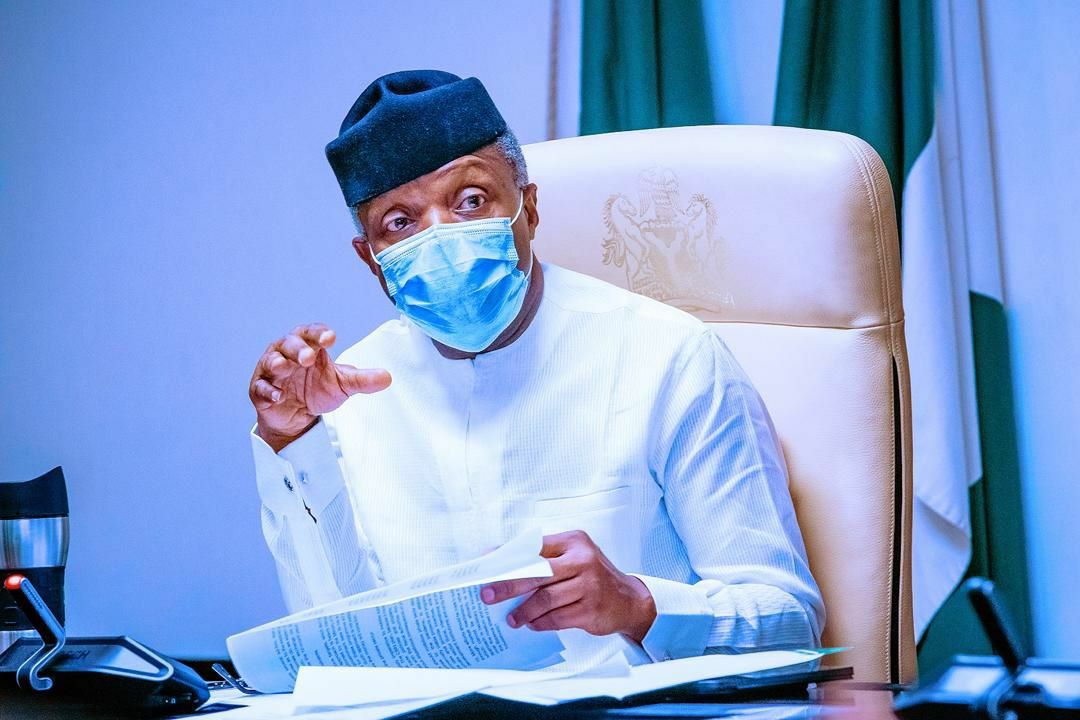 The Progressive Consolidation Group, a support group committed to working towards the emergence of Vice President Yemi Osinbajo as President come 2023, has said Osinbajo’s focus on his current job as well as his non-desperation has increased his level of acceptance among supporters.

According to the PCG, speculations that Osinbajo renounced a Presidential bid long before he declared an interest smirks of mischief, adding that the Vice President, who has been appealed to, to accede to public demands to declare his bid was yet to make up his mind.

This was contained in a statement titled, ‘2023: Job focus and non-desperation further reinforces supporters’ confidence in Osinbajo-Group,’ signed by the Chairman of the PCG, Dr. Aliyu Kurfi, in Abuja, on Sunday.

“He is much focused on the job and he  has never been known for desperate politicking.

“Specifically, it must be stated that an outrageous lie that the VP attended any meeting to renounce 2023 presidential ambition or bow to any politician for the same, remains an absolute falsehood; how can he renounce what he is even yet to accept or declare?

The wishy-washy concocted reports about Prof. Osinbajo holding any meeting with any individual or group about a purported withdrawal from the 2023 presidential race is about an illusory event which only happened in the fertile imagination of mischievous persons.

Every well-informed Nigerian knows that PCG is the very first 2023 support group to be formally recognised by our progressive party, APC and we have never sought to prevent or discourage others from following in our footsteps because VP Osinbajo will not subscribe to dirty political games that some typically desperate politicians play.

“While VP Osinbajo’s consistent loyalty to Mr. President, the APC and Nigeria continues to energise an increasing number of groups and individuals who genuinely believe in our party’s progressive cause, greedy and desperate political elements along with their manipulated perspectives must be kept at bay.”