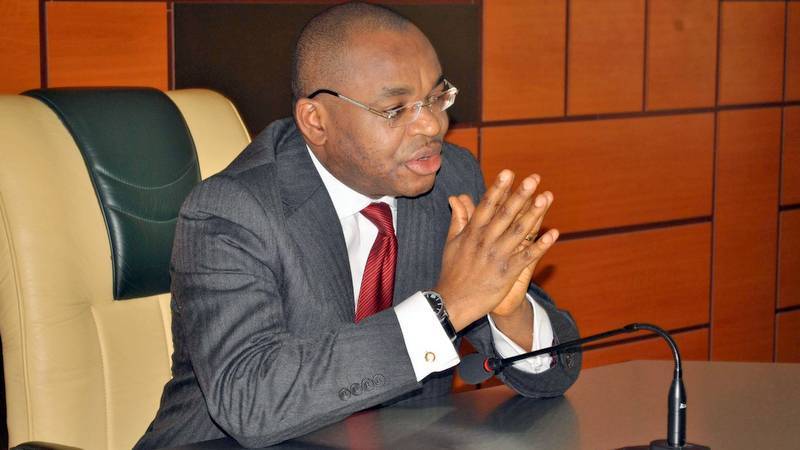 Reports say that there is currently serious tension in Akwa Ibom State as militants operating in the state have rejected the choice of Pastor Umo Eno as Governor Emmanuel Udom’s successor.

The militants, under the aegis of ‘Unyekisong Akwa Ibom’, have reportedly given Governor Udom a one- month ultimatum to rescind his endorsement of Pastor Umo Eno as his preferred successor.

Though they did not expressly mention the action they would take, the militants said they would not fold their hands and watch the Governor impose anyone of the state.

In a statement titled: ‘Unyekisong Ibom reject Imposition of POS Governor,” by General Ekpo Ekpo, Commander Akan Bassey and Commander Sampson Umanah, the militants insisted that Akwa Ibom people must be allowed to elect their next governor.

They criticised Governor Udom over his recent endorsement of Pastor Umo Eno as his successor, saying the action was a huge threat to the People’s Democratic Party(PDP) family and the entire state.

The statement, in Uyo, on Wednesday, reads in part:, “The Coalition of all Freedom Fighters and pressure group in Akwa Ibom state have been meeting for the past few days to review the current political situation in state/endorsement of Pastor Umo Eno by Governor Udom Emmanuel as the next governor of Akwa Ibom.

“Unyekisong Akwa Ibom totally rejects and condemn the endorsement of Pastor Umo Eno as the next governor of Akwa Ibom state by Governor Udom Emmanuel and state strongly that this is unacceptable.

“The endorsement of Pastor Umo Eno is not only a threat to the PDP family but the entire state which will bring anarchy, insecurity and killings. The nomination of a particular candidate by the governor and leader of the party is totally unjust and unfair to other governorship aspirants in the state.

“After carefully studying the report submitted by credible sources, we have come to the conclusion that the endorsement of Pastor Umo Eno is not for the benefit of the state but would rather serve as a POS and commissioner to Mr. Udom Emmanuel after leaving office to siphon money.

“We therefore give the Governor one month ultimatum to withdraw his support for Pastor Umo Eno, go back to the drawing board and do proper consultations before making further statements concerning his successor, failure shall be disastrous as we will not fold our arms and watch his imposition unchallenged”.

They called on political leaders, traditional rulers, elders, women, youths and entire masses of the State to get their PVCs to enable them fight any form of imposition in 2023.

Reps block Bill aiming to bar doctors, others from embarking on strike