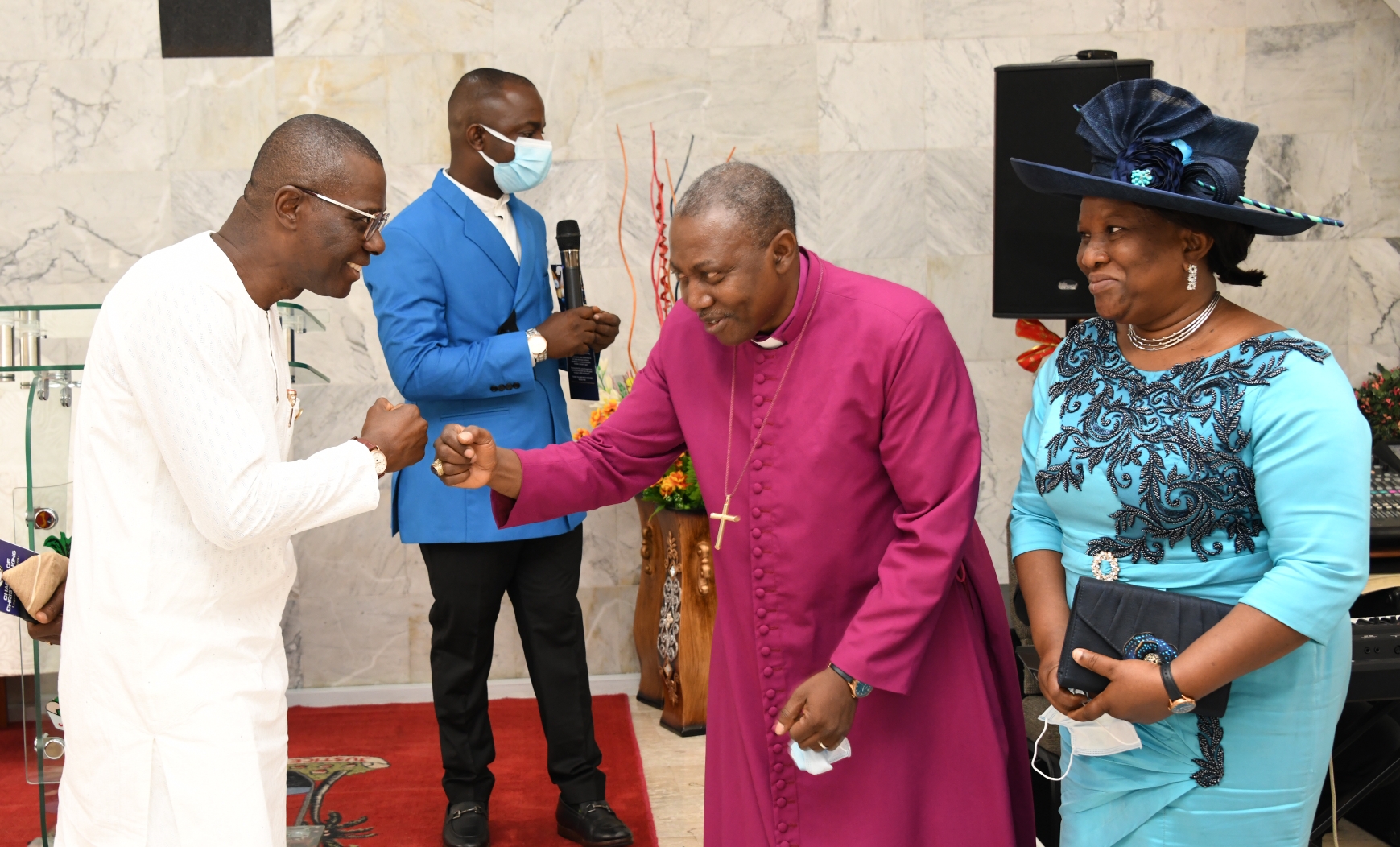 The General Evangelist, Worldwide of the Christ Apostolic Church (CAC), Prophet Samuel Kayode Abiara, on Saturday, told Nigerians, especially the people of Lagos State to shun those he described as prophets of doom.

He gave the charge during the New Year Service held simultaneously by Christian and Muslim faithful in Lagos House, Marina at both the Chapel of Christ the King for Christian faithful and the State House Mosque.

Prophet Abiara, at the Christian worship prayed for Lagos State Governor, Mr. Babajide Sanwo-Olu, his family, members of the State Executive Council and Lagos State. He urged people not to listen to prophets of doom against Nigeria and her leaders at the national and state levels.

The renowned cleric who commended Governor Sanwo-Olu on his compassion for the downtrodden and the masses implored public office holders to emulate the governor and be passionate about the people they are serving.

Bishop Asaju, who titled his message, “God, the rulers and the people,” declared that Governor Sanwo-Olu has done very well and prayed that the governor will finish well and be celebrated like the late first civilian Governor of Lagos State, Alhaji Lateef Jakande.

“The Bible tells us that when the righteous are in power, the people will rejoice. We are rejoicing in Lagos State because we have a Godly governor. If I can assume the role of the good people of Lagos State, I will like to pass a message across to Governor Sanwo-Olu that we love you, we appreciate you and we are proud to be your subjects. We thank God for what He is doing in your life.

“Mr. Governor, you have been running this administration very well. You have done very well but your tenure is going gradually and as another election is coming, there shall be a new song. You will finish well and you will be celebrated. Like Lateef Jakande was celebrated, you will be celebrated and the glory of the future would be greater.

“People will decide the kind of Governor that they have. So people of Lagos should better open their eyes and pray for another governor like this and I pray that God Almighty will give you the grace even to continue in the name of Jesus Christ. If it is a political statement, I say it with every sense of confidence that God Almighty will give you the possibility to perfect what you have started in Jesus name”, the Bishop prayed.

READ ALSO: http://(OPINION) The Validity Of Lawan’s ‘Correctness’ On Harmony Between The Executive And Legislature

Speaking during the Christian service, Governor Sanwo-Olu in his New Year message said Lagos has a brighter future and urged his cabinet members to work toward achieving the Greater Lagos agenda.

Governor Sanwo-Olu, who read the second lesson from Philippians 3:12-16, charged members of the State Executive Council to lead with the fear of God, make good things out of their life and ensure that people remember them for good things.

He said: “Let us open a new chapter and know that the new chapter is about togetherness. They have said to us that we all have a brighter future.

“Our State has a bright future. But it is really for us to open our eyes very well and see the bright future. We should connect to God Almighty and ask for His direction in everything we do.”

Speaking at the Muslim Service, Deputy Governor of Lagos State, Dr. Obafemi Hamzat, while assuring Nigerians of a better life in 2022, asked all religious leaders to continue emphasising religious tolerance.

He said only unity, peace and love can engender prosperity in any society.

“It is practically difficult, if not impossible to achieve prosperity where insecurity permeates in any society. I, therefore, urge every Nigerian to support the government in her quest for socio-economic and political development.

“The THEMES agenda of Sanwo-Olu administration encompasses every aspect of the life of every Lagos resident. Therefore, we solicit the support of everyone so that our noble objectives may be a reality,” he said.