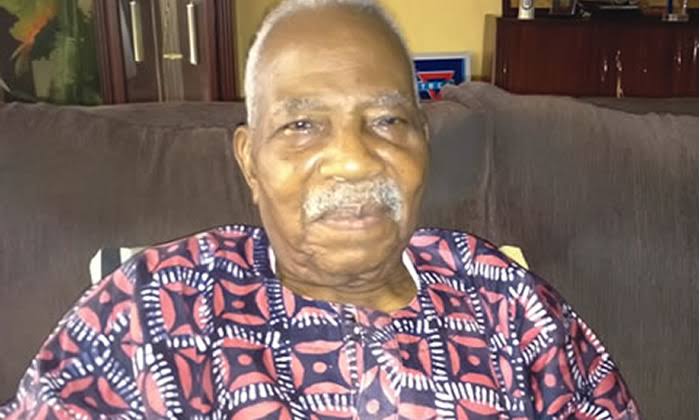 Frontline Yoruba leaders who threatened to stop the Yoruba masses from participating in the 2023 general elections, if Nigeria is not restructured, have been given thumbs down.

A communiqué issued at the end of the meeting signed by Mogaji Gboyega Adejumo had read in parts: “The ship of state is veering off precariously into a precipice, and that Nigeria is at the very edge of political subsidence.”

While condemning the lopsided appointments in the country and the state of insecurity, the leaders stated that the emerging resolve of the Yorubas not to be part of the vassal state that Nigeria has become is better managed with due accommodation before any further degeneration and obvious consequences.

“We are persuaded that nothing short of restructuring can save this country. Any attempt to go ahead with elections in 2023 without addressing the issue of restructuring would spell doom for Nigeria.”

“Our quest shall henceforth be to mobilise the masses of our peoples not to participate in any further elections until the goal of Restructuring or Self-determination is attained. “Notwithstanding the interests of some elements in our midst, it would be presumptuous to assume that the masses of the educated Yoruba Nation will dive headlong into being part of the 2023 elections, when all elements of its execution – the Military, Paramilitary, INEC, the Judiciary have been rigged and appropriated by a single very tiny minority Ethnic Group in a small corner of the country.”

The leaders, therefore, called the Muhammadu Buhari administration to take “confidence-building steps” ahead of the 60th anniversary of Nigeria as an independent nation on October 1, 2020. “Steps towards an urgent meeting of all nationalities have to be taken now to determine the nature of our relationships.

“Unless this peaceful step is heeded to so that Nigeria heads in the right direction thereafter, the clear alternative would be for self-determination quests to proceed rapidly without any further restraint. It has become patently untenable for the Yoruba Nation to tolerate further incompetence and impunity as has been foisted on all other ethnic nationalities across Nigeria.”

Reacting to the threat issued by the Yoruba leaders in an interview with The Nigerian Xpress, an elder statesman and former minister of aviation, Chief Ebenezer Babatope dismissed the call for election boycott as flawed.

Babatope, also a Yoruba leader of note, said he was not aware of the Yoruba Summit Group meeting and decision and so could not say much on it. Nonetheless, he said could not be a party to such a decision.

Babatope, a politician and frontline student of the Awolowo School of Thought said that election boycott in a democratic setting is always useless and counter-productive, insisting that, “no person trained politically by the late sage, Chief Obafemi Awolowo would toy with such an idea.”

Speaking further, the former minister admitted belonging to the league of those advocating a rearrangement of the nation’s polity to guarantee justice, fairness, equality and equity for the generality of the citizens.

He stressed that he did not think that frontline disciples of Papa Awolowo like Chief Ayo Adebanjo could be a party to such a decision, insisting that, no politically trained by him (Awolowo) would toy with the idea of election boycott.

In the same vein, former governor of Kaduna State, Alhaji Balarabe Musa described the resolve of the Yoruba leaders to boycott 2023 elections as, “unpatriotic, irresponsible, secessionist agenda and invitation to the army to come back.”

The former Kaduna governor who belongs to the Aminu Kano School of Talakawa asserted that, “all of us want restructuring but with different approaches,” warning that, “the boycott would just give those who having nothing to do to hijack the system and bastardize it the more.”

Recalling the political crisis of the 60s, which snowballed into Civil War, the elder statesman expressed the worry that people appeared not to be learning from history, pointing out that what is being advocated has the resemblance of the build-up to what happened in 1966.

“The Army would just capitalise on that and say, you bloody civilians cannot do it. So, we should come in again to sanitize the polity by securing the lives and property of the people and at the same time secure the sovereignty of the country. And if that happens, we will all be losers and blame ourselves.”

He, therefore, admonished that, rather than boycott elections, Nigerians can fashion out a strategy to bring everybody to the table to discuss and agree on what they want, reasoning that, if a system is faulty, alternative system, and not boycott, should be searched for to correct the faulty one.

Musa said the whole essence of restructuring is to review the past, juxtapose it with the present with a view to planning for the future for efficiency, competence and capability. He maintained that “the idea of a boycott, is simply irresponsible, unpatriotic, an invitation to the army to come back and secessionist agenda.”